How To Add New Route In Ubuntu, Linux? – POFTUT Skip to content 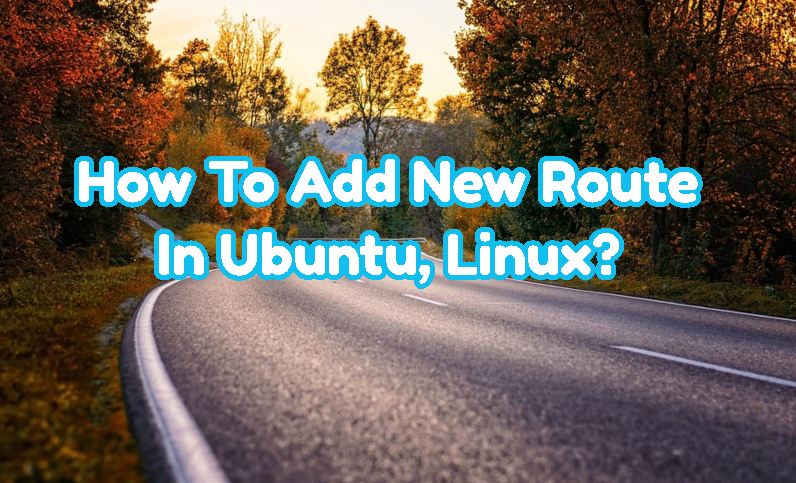 We can see that there is a default route that is listed in the first line. It also named as default . The default gateway IP address is 192.168.142.2

Linux provides alternative ways and commands to list the existing routing tables and information. We can use the command route in order to list the existing routing table with information like destination, gateway, netmask, flags, metric, interface. route command is provided by the net-tools in Ubuntu which is not installed by default. We can install the net-tools package with the following command to use route command.

We will only type the command route to the Linux shell.

In order to add a new route, we will use the command ip route add by providing related information. We will add a new route to the 172.16.0.0/16 network.

Alternatively, we can add a new route by using the command route. We will use the option add of the route command where also provide other parameters like destination network, gateway, and interface name. In the following example, we will add a route to the network 10.0.0.0 by using the -net option by setting 192.168.1.1 as gateway for the interface eth0.

A newly added route will be activated instantly after adding the routing table. We can also list and check the newly added route information by using the command ip route show like below. We will see that the new route is added successfully.

We can delete an existing route by using the command route. It is very similar to the adding route where we will replace the add options with the del option.

You can use the following infographic in order to get brief information about adding new routes for Linux and Ubuntu.