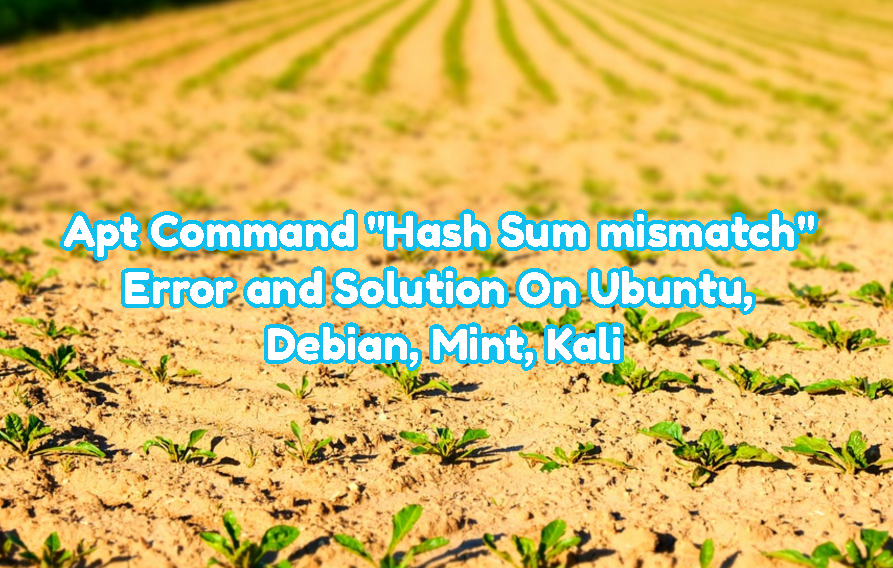 apt command is used to install, update, remove packages in Linux distributions like Ubuntu, Debian, Mint, Kali. apt is mainly used with the deb packages.  With the apt update or apt-get update command the repository information is downloaded to from the deb repositories to the local repositories. Hash is used to checking if the downloaded file is valid. If there is a problem we may face with the Hash Sum mismatch error.

First, we will look at how the  Hash Sum mismatch error occurs during the apt update or  apt-get update command usage.

We can see that following errors and warnings are printed during the update repository information.

In order to solve the Hash Sum mismatch error, we need to remove downloaded repository information from the /var/lib/apt/lists/ directory. We will use rm -rf command for this. We will also provide the sudo command.

LEARN MORE  How To Add New Repository To Apt In Linux?