What Is ASCII Code and Table? – POFTUT Skip to content 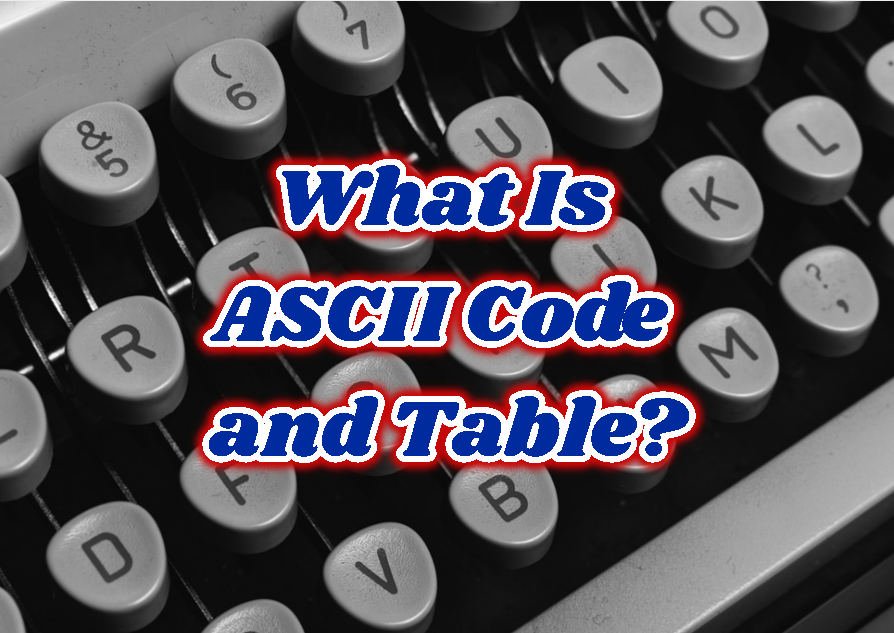 Computers work with binary math. This means 0 and 1 but how can we get output like pictures, sound, decimal numbers. These 0’s and 1’s are converted into decimal and another type of data. One of the most used convert types is ASCII.

ASCII is an acronym for American Standard Code for International Interchange . This standard is developed to serve a common data format between different IT systems. It is widely used in IT systems in the ’70s, ’80s, ’90s. But currently, UTF8 and more flexible and rich formats are gaining popularity.

ASCII table provides the equivalent presentation of the given characters to numbers. Look to the following ASCII table which starts from 0 and reaches 127 which is a total of 128 characters. 128 characters can be expressed as 7 bit.

ASCII also provides more than 128 characters to comply with other languages and character sets. This is called Extended ASCII and starts from 128 and reaches to the 255. So with extended ASCII 8 bit or 1 byte is used. Extended ASCII provides character like Ç which is a character used in the Turkish language.