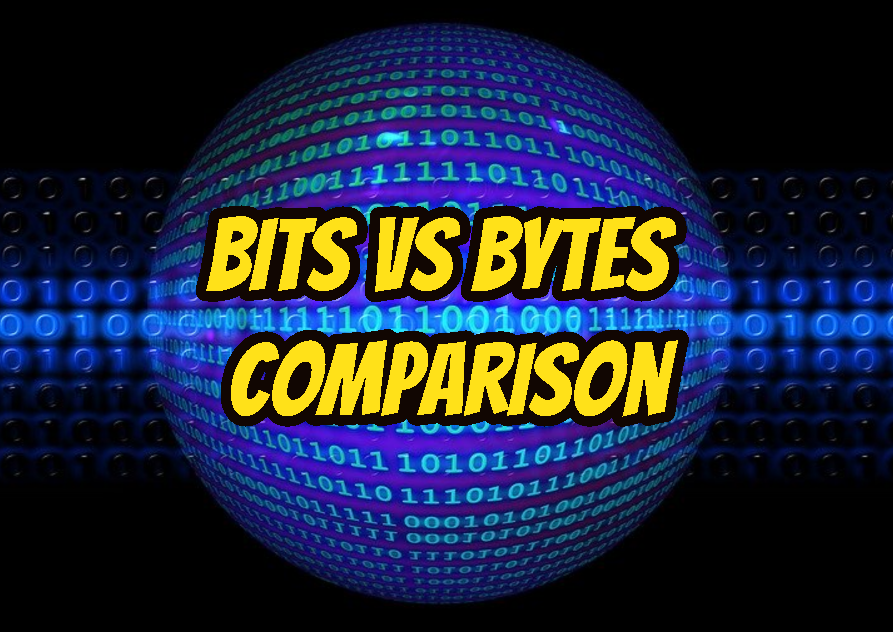 Bit is a storage unit that can only store a single value which can be 0 or 1. It may seem strange but this is very useful for computers where their CPU only processes 0s and 1s. If we wan to store more information like 0101 as bit type, we should store 4 bit.

The byte is a basic storage unit where 8 bits are stored. We can say that byte is 8 times bigger than a bit. Even bit is the simplest unit usage of the byte is popular because of the sizes f the storage unit, the processing capability of the processing unit and speed of the networks. An example 10101010 is 8 bits and equal to a 1 byte. The term byte first used in 1956 in the design of the IBM Strech computer.

Bits and bytes has a parent and child relationship according to their sizes. Let’s compare bits and bytes from different aspects.