How To Check and Find CentOS Version? – POFTUT Skip to content 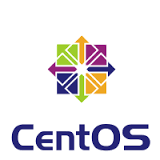 hostnamectl is very useful command which provides some basic information about the CentOS system like version. We can run command and see the Operating System: line which is CentOS 7

lsb_release command is mainly designed to provide the CentOS version and subversion. By default it is not installed but we can install it like below.

Release versions of CentOS and RedHat also saved in different files according to the version of the system. Here list of the files those provides the system version.

We can run a single cat command which will print version information from all of them like below.

As we can see we will get a lot of duplicate but consistent version information from this command.