How To Clone VM with Libguestfs? – POFTUT Skip to content 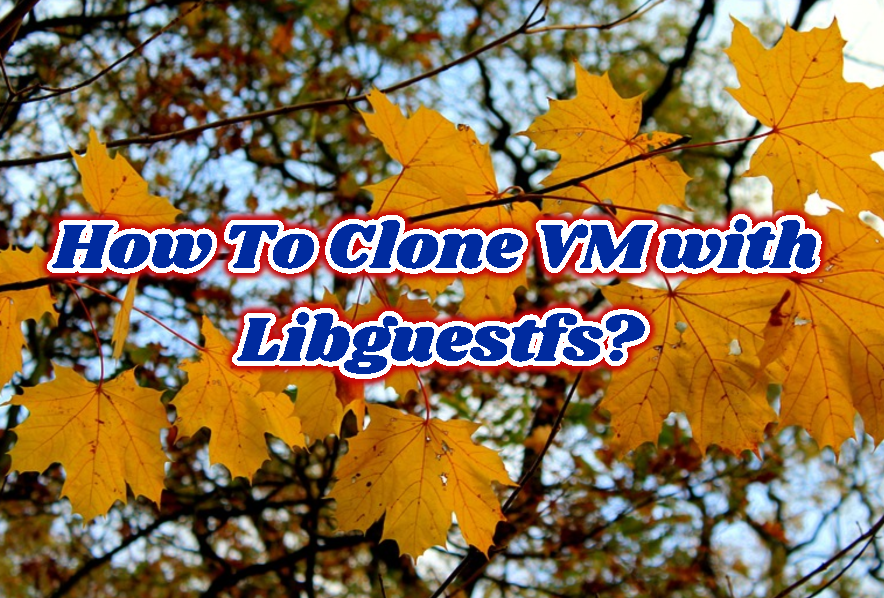 Hi, today we will look disk image tools/library which is very powerful. We will look for now just the tools, not the library but in the future, we can investigate the library in c or python too. With the era of cloud computing things to be done very fast, practical and precise way. In the past system administrators was connecting systems one by one and complete operations. But now in the new era system, admins do not have much time to do all things so new emerging technologies/tools/… is coming. One of them is libguestfs tools which make manipulating and operating virtual machine disk images very easy. A typical scenario is that a system administrator creates a new VM and install some applications on it and we change root pass and then clone a git repository into the system without touching systems console or terminal.

Install Applications To The Image

Now we have a new VM but we have to do a lot of work to complete operation. But with this tool it is easy. Here we use virt-customize command with -d option which means the name of VM nad –install option which specifies the package names that will be installed.

Here we change the root password and then run scripts to clone testing repository for git. Now we can give the system to the developers. As you can see it is very easy we write just their line of script and do a lot of thing for little tiny time.

LEARN MORE  How To Mount VM Images with Guestmount?