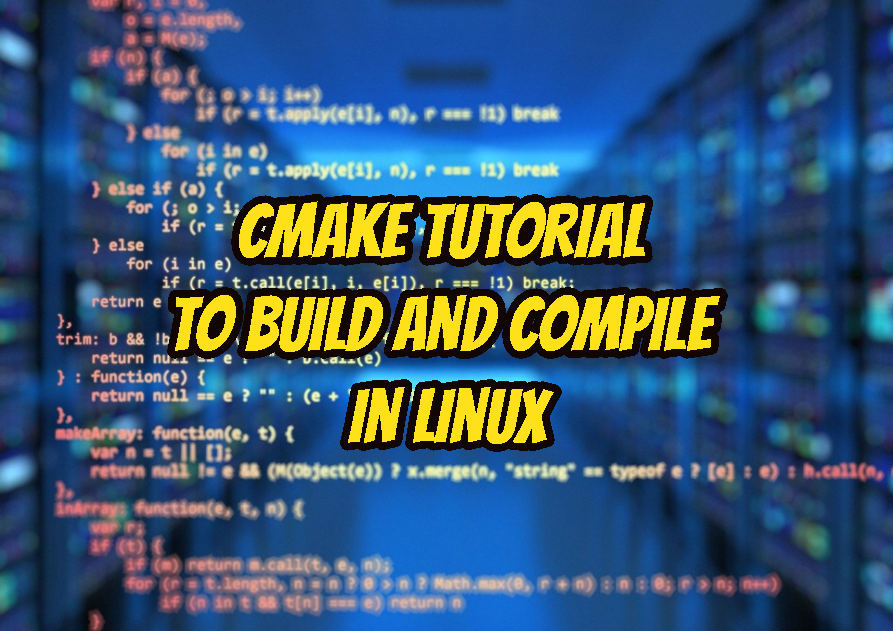 Binaries are created by building or compiling sources like C, C++, etc. In simple applications, we can build by using the compiler like GCC directly. But this is inconvenient if the application is big and has a lot of source code, configuration file, and build options. Developers generally prefer to build systems like make but there is an alternative named CMake which is popular in the Linux ecosystem too.

CMake is an extensible and opensource build manage software.

We can install CMake for different Linux distributions with the following commands.

In order to compile an application, we need some source code. We will use the following source code which is written in C++ and have very basic logic. But as stated before CMake is designed to be used complex build processes.

CMake is a very extensible and flexible build system where we can specify a lot of different options and variables. We will explain some of them below.

This variable is used to specify the binary files directory which is generally same as CMAKE_SOURCE_DIR .

This variable is used to specify the source directory where the source code and other related configurations reside.

After the compile operation the created executable file will be written to the specified directory.

If we want to create libraries in a separate path we can use this variable where all created libraries will be put.

We will create a sample configuration file to build a given example named app.cpp . We will use the following configuration which is very simple. We will name the configuration CMakeList.txt and this file will be automatically interpreted by CMake.

We will run cmake command and provide the directory path where CMakeLists.txt configuration file resides.