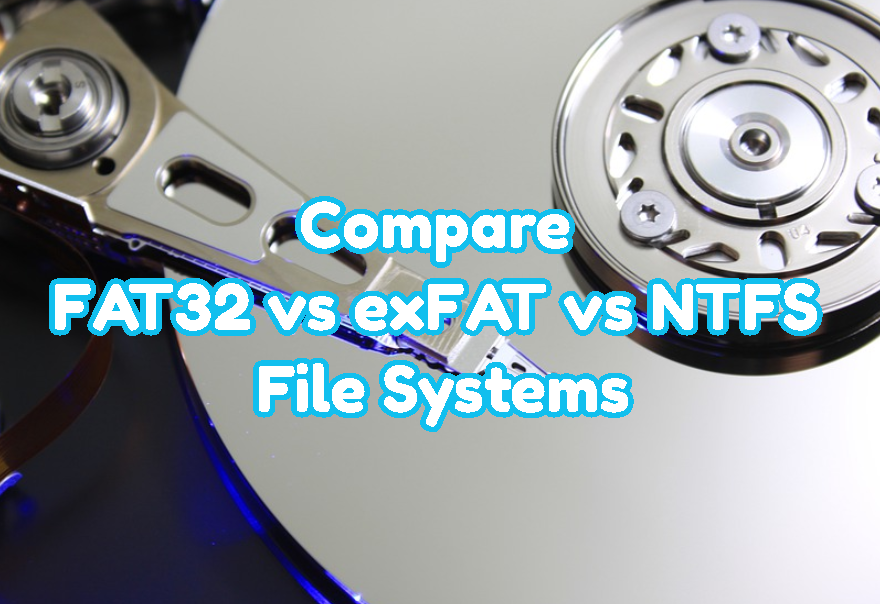 What Is A File System?

The file system is a logical entity which is provided by the operating systems in order to store data properly in a different type of disks. Different file systems provide different attributes for different purposes like performance, reliability, endurance, efficiency, popularity, etc.

What Is the NTFS File System?

NT File System or New Technology File System simply known as NTFS is created as an alternative to the FAT file system. NTFS is the most recent file system provided by Microsoft for its operating systems like Windows Vista, Windows 7, Windows 8, Windows 10 and Windows Server series. The NTFS file system has the following attributes.

What It FAT32 File System?

FAT32 is an old file system that is officially introduced with Windows 95. With the popularity of the Windows operating systems is gained popularity too. As an old file system, it provides simple features where it can be used for different low resource systems and platforms like modems, embedded systems, mobile systems, etc.

What Is exFAT File System?

Compare FAT32 vs exFAT vs NTFS

In this part we will compare 3 file systems FAT32, exFAT and NTFS according to the different features.

FAT32 is the most restricted file system according to file size limitation. FAT32 and NTFS do has a very large limit which is practically limitless.

Event FAT32 and exFAT has some features which create some reliability NTFS features are far more effective to make the file system reliable.

FAT32 and exFAT do not provide any internal backup feature but NTFS provides shadow copies features where the backup of the file system or partition can be taken even it is online or in usage.

LEARN MORE  How To Mount SSHFS On Linux and Windows?