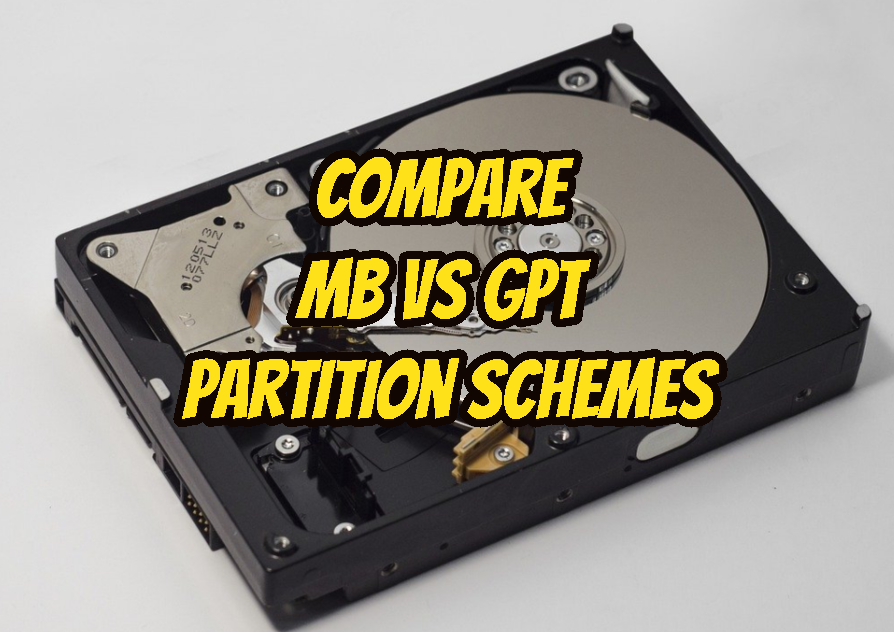 Partition tables are used to structure the disk drives. MBR (Master Boot Record) and GPT (GUID Partition Table) are the two most popular partition schemes used today in IT environments. In this tutorial, we will compare the similarities and differences between these two partition schemes.

MBR is an old and tired partition scheme initially used on first IBM PCs. MBR is specifically designed for Microsoft DOS operating systems and used by Linux operating systems too. More details about MBR can be learned by the following tutorial.

What is Master Boot Record or MBR?

GPT is a modern partition scheme used by modern operating systems. GPT provides a lot of advantages over MBR as we will see in this tutorial.

As disk sizes grow very fast the disk size support becomes one of the most important factors for the partition schemes.

GPT supports disks larger and lesser than 2 TB. This means there is no problem with supported disk size in the GPT partition scheme.

Partitions are used to create separate virtual parts in a disk drive. We can use these parts independently in our file and operating systems.

GPT can support up to 128 partitions in a single disk without a problem. 128 partition is enough for all use cases in the IT environment. As we know the letters will not meet the partitions count.

LEARN MORE  How To Download and Use Windows 10 Media Creation Tool To Create Windows 10 USB or DVD?

MBR has a bit complex partition mechanism. MBR supports a maximum of 16 partitions but there may be some limitations about using them.

Boot loader is a small utility where it loads operating systems and runs afters BIOS.

UEFI is a hardware and software-based security mechanism used to authenticate and secure operating system files and firmware.

GPT can work with UEFI without problem.

MBR supports the use of UEFI.

Partitions schemes like GPT and MBR can provide some basic security features but do not wait for a robust feature.

MBR do not provides any security feature.