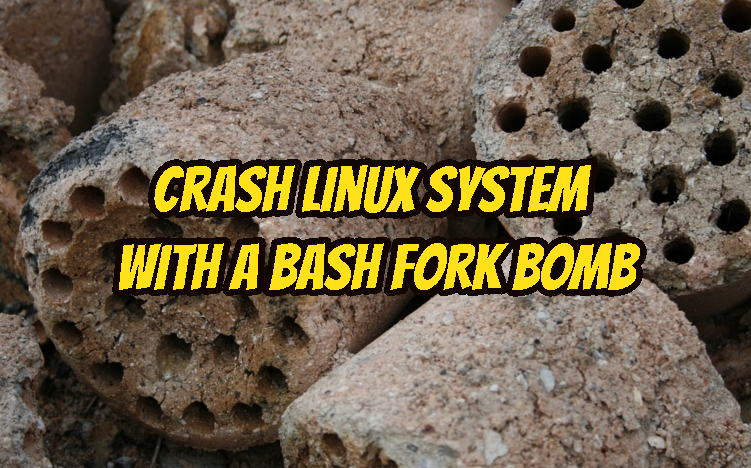 Our aim is to create a lot of process with single and simple commands. So every created process will eat some RAM and CPU. If we loop it forever actually not forever because our system resources are limited system will crash. So we can ask this question why would I crash my system . As stated before we can use this as a test case for different purposes.

Before explaining fork bombs we will look fundamentals of the fork bomb. Recursive functions are popular in programming languages to divide big data or problem in to smaller part to process. Defined function will call itself up to defined condition is met. For example follow sample function named A is recursive function.

As explained in previous chapter fork bomb uses recursivity of the provided programming or scripting language. We can defined fork bomb in bash programming language like below. We will create a bash function named c and call itself from inside of cfunction.

We can implement fork bomb with a different expression but same logic. We will use some bash shortcuts.

and the happy ending we will see following screen after memory is completely consumed.

How To Prevent Fork Bomb with ulimit

and we can check with the following command.

More details about ulimit can be found below.