How To Determine Installed Powershell Version? – POFTUT Skip to content 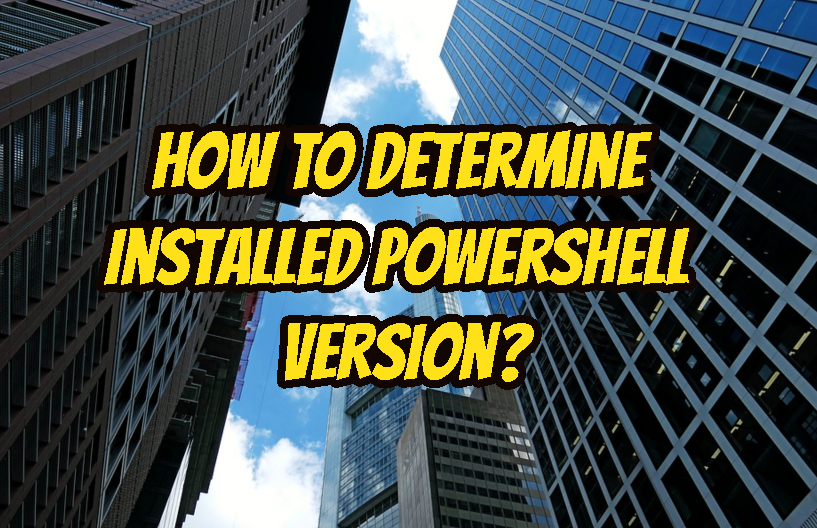 Powershell provides different features according to its version. Here knowing the version of the PowerShell become a necessity. There are different methods to get version of Powershell from easy to hard.

Also PowerShell is updated with the Windows Update but following lines provides information about the PowerShell versions and related Windows or Operating System version.

Simply we can call this Powershell version as 2.0

We can also get more details about the Powershell and its version with the following command.

We can also useGet-Host commandlet which will provide information about the current host and provide the Version info too.

As we can see in the Version line the version of the Powershell is 5.1