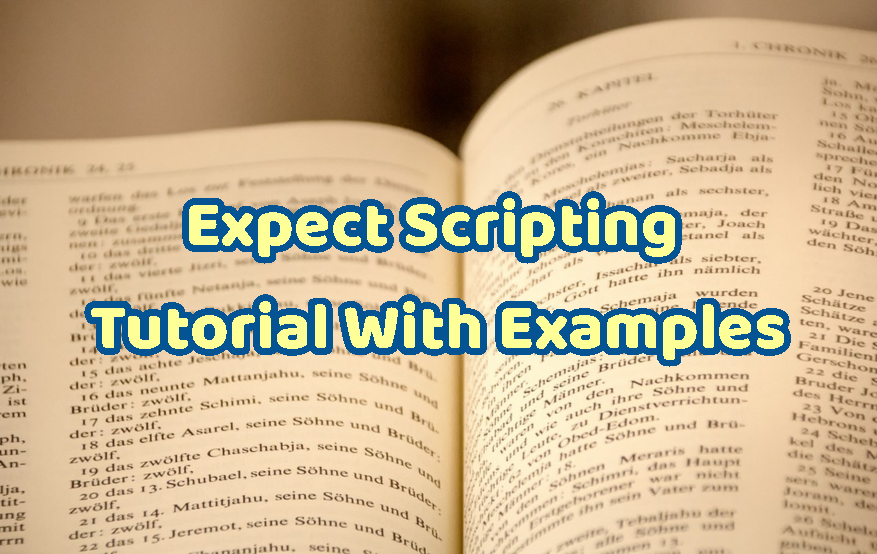 Expect is a scripting language used to automate interactive shells. For example if we want to automate Cisco devices over a shell by using some expect scripting. Expect scripting generally works on specified strings. Most used expect commands are like below.

Expect have a shell to interpret and execute expect commands. Most Linux distributions do not installs by default this package.

We will use following syntax for expect command.

Expect generally reads scripts from a script file. Now we will create a simple script which can be used to login a Cisco device. Our script file is like below.

We can test our script in the current bash by providing the script file name like exp1.sc

There is a timeout for performance issues. Timeout is used to set maximum time to be wait for a connection or response. If the timeout value is reach the next step will be evaluated. Timeout value can be set with set timeout command. In this example we will set time out 5 second.

We do not enter any value for this expect script and after 5 second next step is evaluated.

Now we may want to use external tools like ssh to connect remote hosts and run expect scripts on the remote. Now we will create a ssh connection to the remote host and enter a password .