Standard C library provides the fgets() function to read a line from a specified stream where stream can be a file. fgets() function also used to read the specified number or size of the characters from the given string. In this tutorial, we will learn the usage of fgets()  function with its parameters with different examples.

The syntax of the fgets()  function is very easy. there are only 3 parameters where we will get a char array as a return value.

Here is the parameters meaning and usage information.

If the function execution is completed successfully there is a return value which is a char. If the end of stream or file is reached and no characters have been read the contents of str remain unchanged and a null pointer is returned.

Now its time for example. We will create a sample code which will read file file.txt .  The string read will be put to the string. 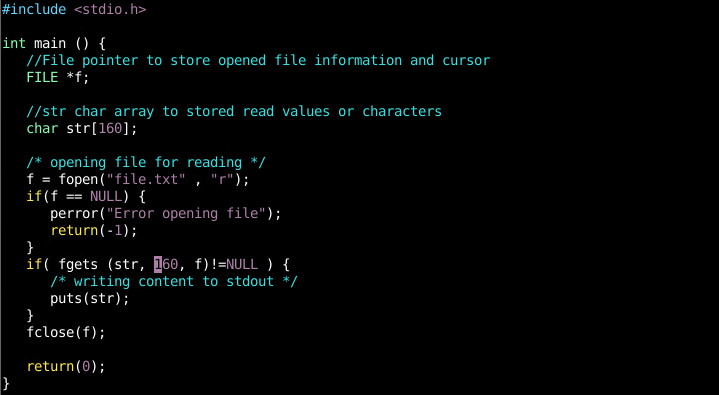 We will store the code above with the file name fgets.c and we will compile with the following command.

Read From Line Specified Number Of Bytes or Size