How To Generate RSA Keys with Ssh Keygen? – POFTUT Skip to content 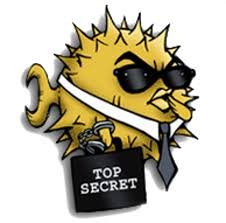 RSA algorithm is created by researchers named Ron Rivest, Adi Shamir and Leonard Adleman in the MIT. And named with their names first letters. It is asymmetric or public encryption algorithm provides a lot of flexibility. We can generate different size of keys with RSA. RSA is used to make secure SSH, OpenGP, S/MIME, SSL/TLS etc.

By default RSA key is generated into user home directory ~/.ssh/id_rsa . We can change this default directory during the generation or by providing the path as parameter. We will use -f option in order to change path and file name. We will create key named test in to the current working directory.

There will be two files named;

LEARN MORE  How To Generate Ssh Key With ssh-keygen In Linux?

1 thought on “How To Generate RSA Keys with Ssh Keygen?”