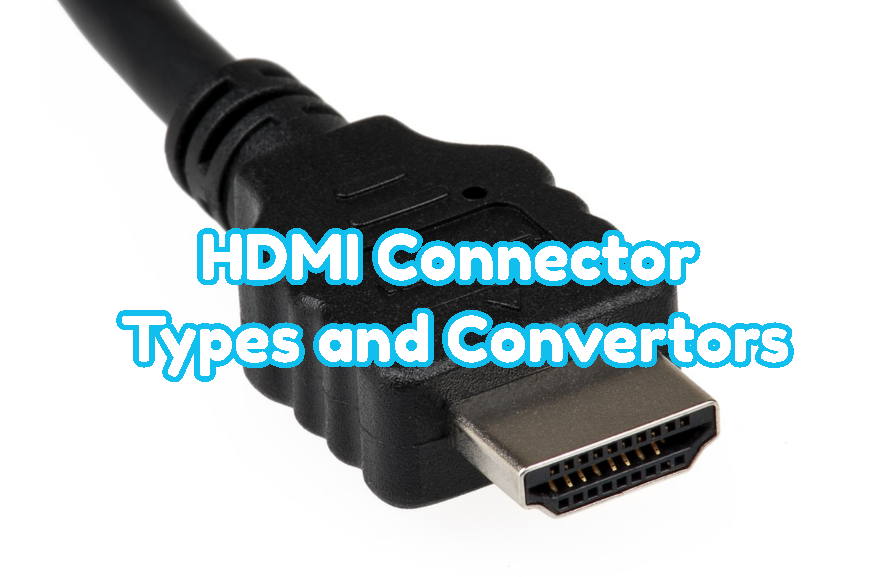 HDMI is a standard used to connect different types of devices like computers, laptops, satellite receiver, ChromeCast, entertainment systems with the monitor, Tv, presentation devices, etc. HDMI cables are used to pass video, audio, and control signals. Both sides of the HDMI cable will have a connector with different subtypes in order to connect the target device.

HDMI cable is generally used in a standard way where the connectors can change according to situation and device. In this part, we will list HDMI connector types that end and terminates HDMI cable.

Type A is the most popular connector where it launched with the HDMI standard. Type A connector also named as Regular Size because of its popularity and generality. Type A connector generally used source devices to the target devices like  DVD/Blu-ray, UltraHD Players, Computers, Media Streamers, Cable/Satellite Boxes, Video Game Consoles to TVs, Video Projectors, Monitors and Home Theater Receivers. Type A connector has 19 pins.

In the following picture, we can see the male and female HDMI Type A connector which can be used to connect together.

Type D is similar to the Type C or mini size HDMI. Its size is a bit smaller than Type C HDMI. Type D connector is released with the HDMI version 1.4.  Type D connector has 19 pins like other connectors. Micro HDMI is used on smaller portable devices such as digital cameras, smartphones, and smaller tablets.

HDMI connectors can be converted to other cable and display types like DVI, VGA, etc. In order to convert there need to be an intermedia circuit that will convert signals between different formats.

Digital Video Interface (DVI) is a video display interface. It is popular in desktop and server computing and provided with modern monitors alongside HDMI. DVI <-> HDMI converters can be used to connect DVI source to the HDMI target or HDMI source to the DVI  target.

VGA  is a video display interface. It is popular in desktop and server computing and provided with older monitors alongside HDMI. VGA <-> HDMI converters can be used to connect VGA source to the HDMI target or HDMI source to the VGA target.