How Many KB in 1 MB? – POFTUT Skip to content 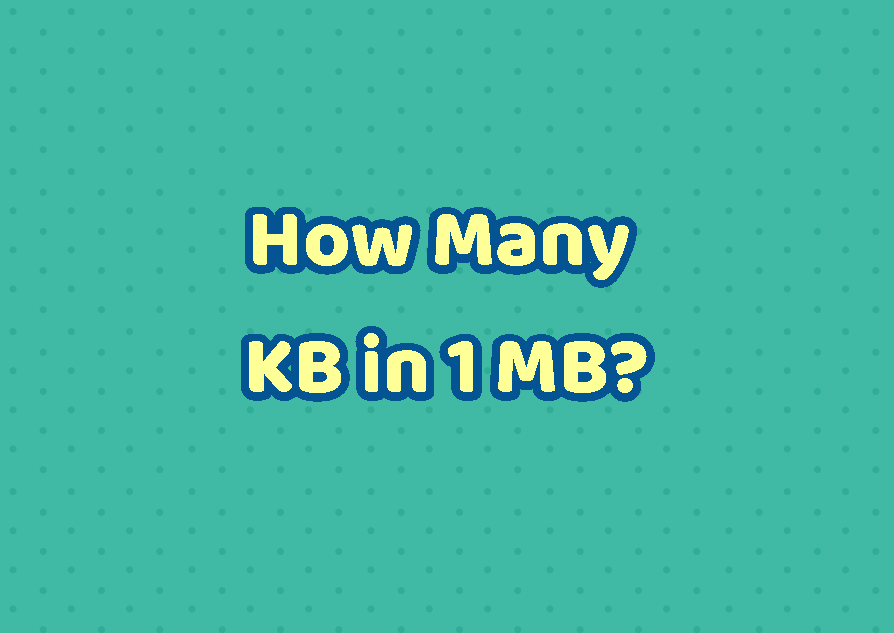 KB (KiloByte) and MB (MegaByte) are storage units used in computing to describe the size of the data. KB and MB can be used in different areas of computing like network, storage, virtualization, application development, etc. As a popular storage and size unit the conversion or relation between KB and MB is very interesting. In this tutorial, we will examine how to convert MB to KB and KB to MB.

Kilo means 1000 in the Latin language. A byte is the most fundamental unit which consists of 8 bits. Simply the KiloByte or KB means 1000 bytes. But there is an approximation where the computer uses the binary logic and units the KB means 1024 byte which is very near to 1000. So 1KB is equal to 1024 bytes in reality.

According to the real values, 1 MB or MegaByte consists of 1024 KB or KiloBytes. But the standardization institutes like IEE, EU, NIST changed the 1MB into 1000 KB in order to make things simpler. This change occurs in 2009.

Kb Is Not KB

There is a general misunderstanding the Kb and KB are the same. But they are not the same where Kb is the short form of the Kilobit and KB is KiloByte.

LEARN MORE  What Is Kbps (Kilobits Per Second)?

Mb Is Not MB

There is a general misunderstanding that Mb and MB are the same. But they are not the same where Mb is the short form of the Megabit and MB is MegaByte.