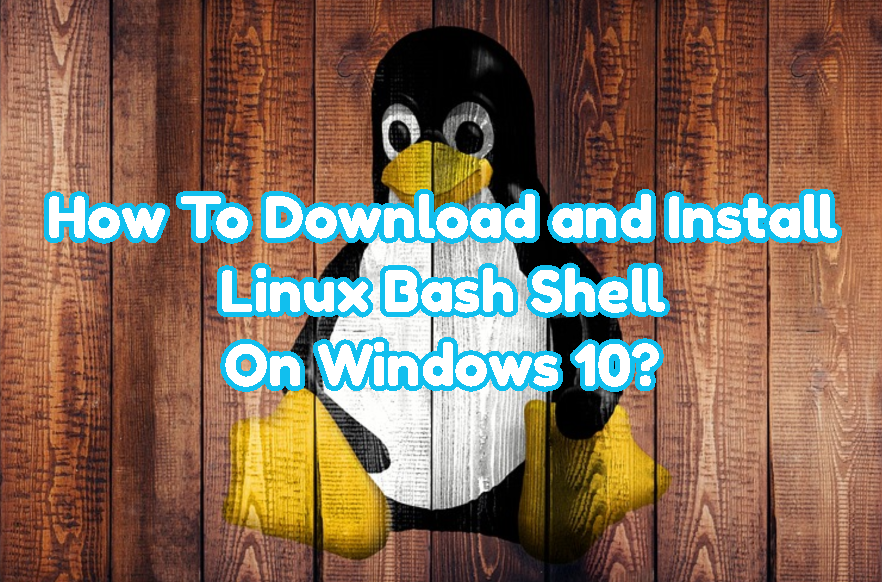 Bash is the command-line interface for Linux distributions like Ubuntu, CentOS, Debian, Mint, Kali, RedHat, Fedora, etc. Bash provides a lot of different types of commands and tools to manage a Linux system. In this tutorial, we will learn how to install Bash on a Windows operating system like Windows 10.

Bash is the most popular shell or command line used in Linux distributions. Bash alternatives are Sh, KornShell, CShell, etc. Bash is the short form of the GNU Bourne-Again Shell and created in 1989 by the GNU supporter Free Software Foundation (FSF).

Containers are a new era of Virtualization where provides less resource usage and less complexity. Containers provide isolated environments for applications, processes, files, etc like a virtual system. Docker is the most known and popular containerization system. Windows also started full and complete container usage on Windows for Linux. It is called Windows Subsystem for Linux (WSL). This means the Linux operating system calls and standards are provided as a container on a Windows operating system. WSL is currently supported by the modern Windows operating systems like Windows 10 and Windows Server 2016 and 2019.

In order to install Bash on Windows, we will enable the WSL and download a Linux container image like Ubuntu, SUSE, etc from Microsoft store. Then we will run this container from the Windows command line MS-DOS or PowerShell.

First, we will enable or install Windows Subsystem For Linux (WSL) with the PowerShell.  We need Administrative features enabled by running PowerShell from Start Menu where we will right-click and then select Run as administrator.

We will run the following Enable-WindowsOptionalFeaturecommand in order to install and enable Microsoft-Windows-Subsystem-Linux feature.

We will be asked is we want to restart the computer after the installation is complete. We will answer Y.

This will restart the system automatically in order to start the Windows with the WSL enabled.

We will write linux to the search box and search. Alternatively, if we are looking for a specific Linux

The search results for the Linux container will be listed below. We can see that Linux distributions like Kali, Ubuntu, Debian, Suse, etc. The following information also provided with the search results.

We will select the  Linux distribution like Kali, Ubuntu, Debian, SUSE like below just click them. In this example, we will select the Ubuntu image with the latest version. Ubuntu 18.04 LTS can be downloaded for Lon Term Support.

During the download, the download status will be shown in the header like below. We can see that the Ubuntu image is about 221 MB and downloaded very fast.

When the download is complete we can launch Ubuntu container from the Microsoft Store from the Launch button like below.

We will see the following bash shell where it is initialized for the first run. As it says it may take a few minutes to see the shell.

Before starting to use bash we will be asked some basic questions like the username and password which will set. In this example, we set the username ismail.  The password is not shown for security reasons. We see that the hostname part of the bash shell is the name of the computer which is DESKTOP-HQVAMA3 and the user name is ismail.

Start Bash From MS-DOS and PowerShell

We can also start the Bash from the command line. MS-DOS or PowerShell can be used to start bash shell with the bash command like below.

We can run any Linux bash command on Windows like below. In this part, we will run commands like ping, uname , lsb-release.

After starting the bash on Windows we may need to access Windows partitions like C:\, D:\, and the users Documents and Settings folders. These partitions and folders are mounted in /mnt directory with their partition names. In this following example, we see the folders are listed in the C:\ partition.

LEARN MORE  How To Use Psexec Tools To Run Commands and Get Shell Remote Windows Systems?