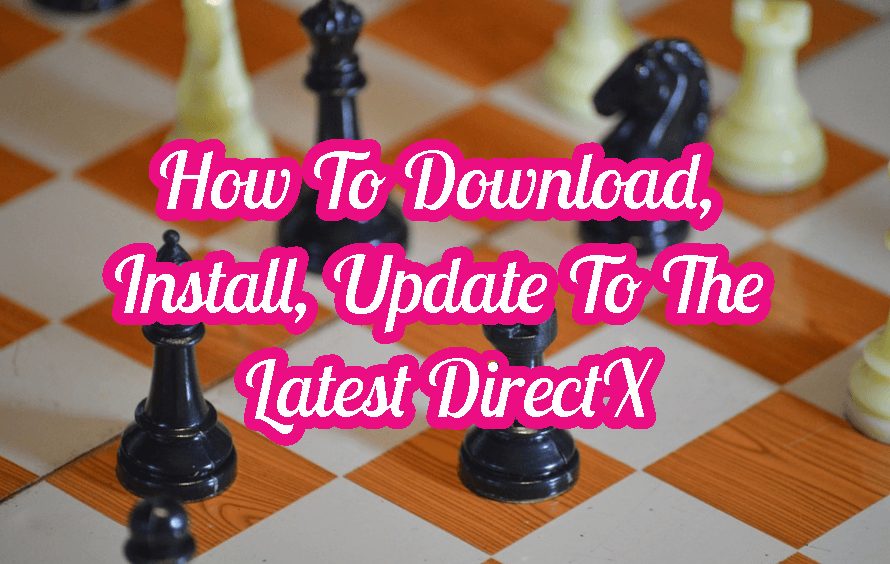 DirectX is a core component of the Windows operating systems. So all Windows Desktop operating systems come with DirectX preinstalled. So why update it? There may be different reasons like;

DirectX is used for a long time. During the time there is a different version of the DirectX. These provide different options and features for the underlying operating system.

LEARN MORE  What Is Computer Hardware and Components?

Or from Windows Run Menu

This command will open the following DirectX Diagnostic Tool.

DirectX version will be provided at the end of the screen with the DirectX Version line which is DirectX 12 in this example.

DirectX can be updated in different ways by using the Microsoft Update site. Here are some ways to update DirectX for different Windows Versions.

Windows 10 and Windows Server 2016 comes with the DirectX version 11.3 and DirectX 12. There is no separate update package for these operating systems. Updates can be obtained with the Windows Update.

Windows 8 and Windows Server 2012, R2 comes with DirectX 11.0. There is no separate update package for these operating systems. Updates can be obtained with the Windows Update.

Windows 7 and Windows Server 2008 R2 comes with DirectX 10. We can update to DirectX version 11.1 with the following update package.

Windows 7 and Windows Server 2008 R2 comes with DirectX 10. We can update to DirectX version 11.0 with the following update package.

Windows XP and Windows Server 2003 comes with DirectX 8.0. We can update to the DirectX 9.0c with the following update package.

Windows Update is the most convenient and easy way to update DirectX. We can update DirectX from the Windows update without extra effort. Just open the Control Panel -> WindowsUpdate from all major Windows operating system versions. Then Check Updates which will get the latest update information from Windows Servers. Then simply Install listed updates where DirectX update will be provided automatically too.

In this page we will click to the Download. If we want more details about the installation we can look Details, System Requirements etc.

We will see the following screen where it will propose us to install some third-party optional apps from Microsoft. I will deselect then and click to the No thanks button like below.

The web based DirectX installer and updater file will be downloaded automatically which is named as dxwebsetup.exe.

We may seen a screen like below according to our operating system and SmartScreen usage. If we see click to the Run.

Now the DirectX installation or update process begins where we will see the following screen. We will accept the license agreement and click to the Next.

Then we will see the following screen which will provide information about download size and components. We will click to the Next

After the download is completed the components will be installed with the operation name Installing Components.

When the installation is completed we will see the following Installation Complete screen.