How To Find and Verify Installed Java Runtime Version? – POFTUT Skip to content 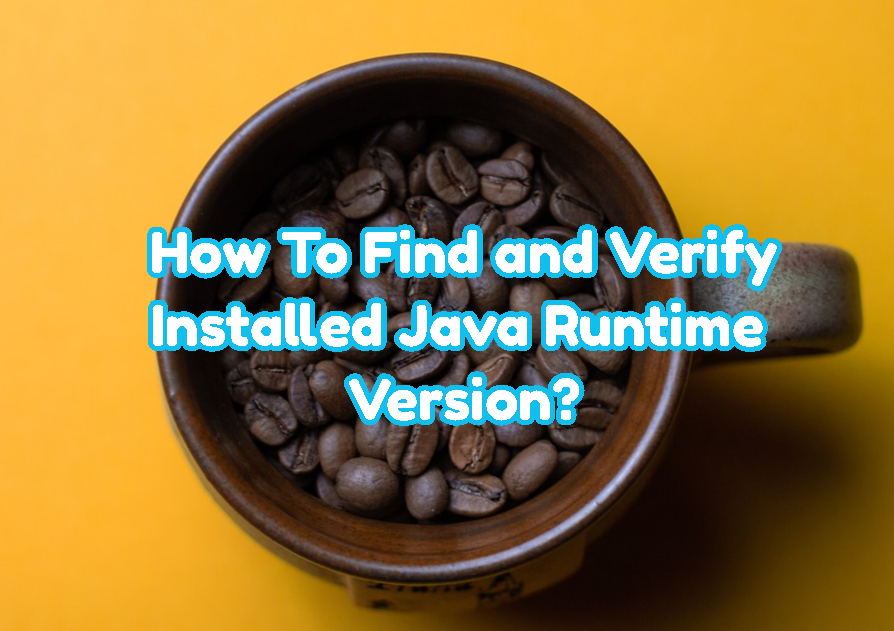 We have different methods to determine Java or JRE version in windows. The first way is running java command in command line with version information. We will also provide -version option like below.

2 thoughts on “How To Find and Verify Installed Java Runtime Version?”