How To Flush DNS For Windows and Linux Operating Systems? – POFTUT Skip to content 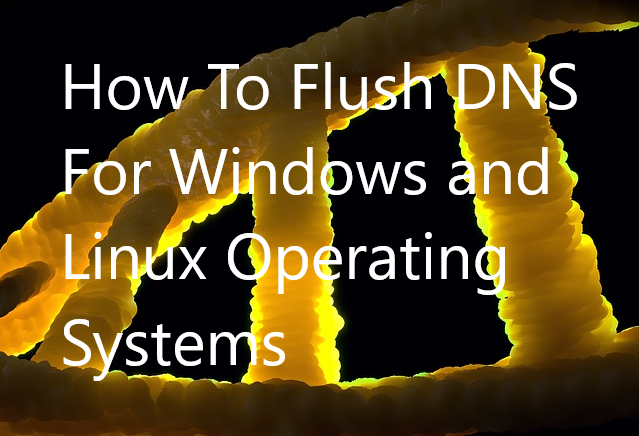 We will use ipfoncifg command with the /flushdns option like below. Write command below to flush DNS cache

Method 1 is restarting Network Services of the Linux operating system.

Linux operating systems use some cache mechanism for DNS and IP matches. This makes the DNS queries run faster without asking a DNS server every time. Most of the requiring DNS queries will be answered from DNS cache. This may create a problem after some time. We can flush and clear this DNS cache named nscd with the following command. This command will restart nscd daemon.