How To Generate Ssh Key With ssh-keygen In Linux? – POFTUT Skip to content 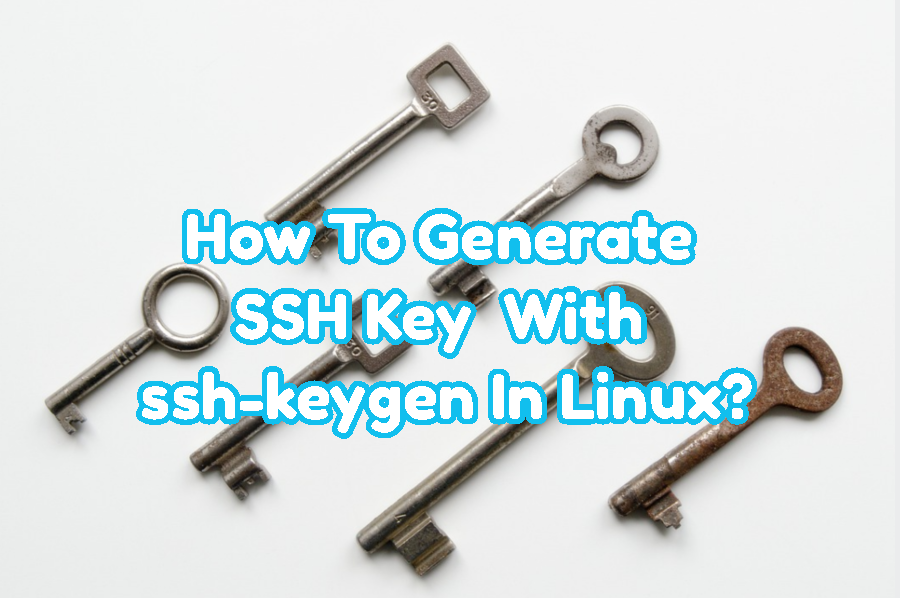 We will look at some terms and concepts about public cryptography in this part. In public cryptography, there are two keys. These keys are called public and private. Public keys are known by others to create encrypted data. Private keys are only known by its owner. Data are encrypted by public keys by anyone but only the private key owner can decrypt the message. So keeping the private keys is important. ssh-keygen is used to create a different type of public-private keys.

There are some configurations files those used by ssh. We will look at the public-private keys related configuration files.

Generating keys without any parameter is very easy. This will generate default values and options a key. This will take 3 steps just enter after issuing the sshkeygen command.

Now  we will specify the path key files to be saved. We do not enter a path if we want to use default path which is  ~/.ssh/id_rsa

Now we will enter passphrase but we will not. Where our private key will

Again do not enter passphrase

LEARN MORE  How To Enable BitTorrent Ports In Linux Firewall?

But we can specify the public key algorithm explicitly by using -t option like below.

DSA is a less popular but useful public key algorithm. DSA keys can be generated by specifying key types with -t dsa

Keys have different size for different purposes. Bigger size means more security but brings more processing need which is a trade of. We can specify the size of the keys according to our needs with -s option and the length of key. The size count specifies bits in a key. So following example will create 1024 bit key.

Write Keys To File with ssh-keygen

Created keys will be written to the ~/.ssh with related name. This default behavior can be changed with -f option and file with path. In this example we will write keys to the current users home directory.

As we can see the path is not asked to us because we have all ready provided explicitly.

Private keys must be protected. There are different ways to protect privates. We should use symmetric cryptography to crypt private key. ssh-key all ready provide this feature. We will set a password to access the private key. In an interactive run, the passphrase is asked but we can also specify explicitly while calling the command with -N option like below. We will provide passphrase in cleartext. This passphrase also saved in a bash history file which will create a security vulnerability. Keep these while using option based encryption of public keys.

1 thought on “How To Generate Ssh Key With ssh-keygen In Linux?”