How To Install Docker On Ubuntu, Debian, Mint, Kali? – POFTUT Skip to content 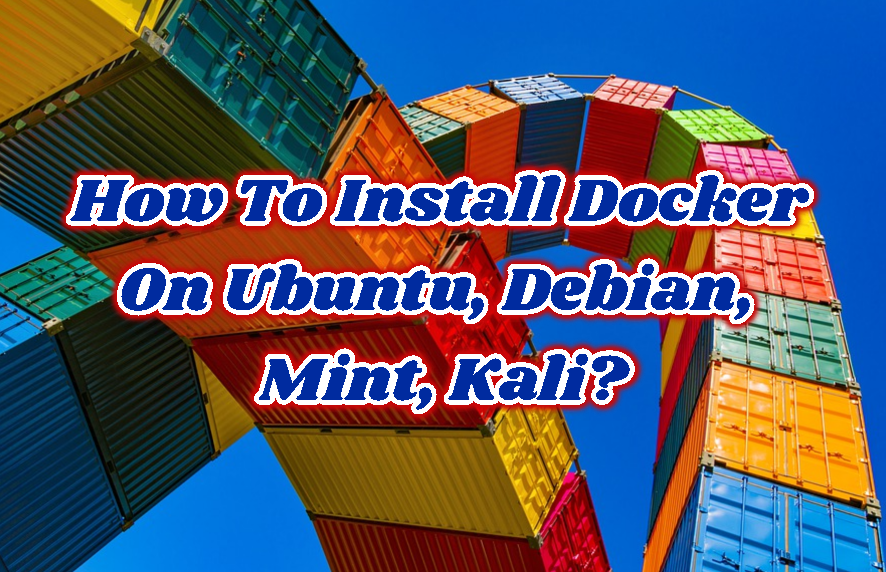 Docker is a container technology used to run containers in Linux, Windows systems with little system resources. In this tutorial, we will examine how to install Docker and run containers in deb or apt based distros like Ubuntu, Debian, Mint, Kali, etc.

Now we can add official Docker Ubuntu repository with the add-apt-repository command like below.

Now everything is ready to install Docker on Ubuntu. Before installing the official Docker we can print some information about it with the apt show command like below. The package name provided by Docker will be docker-ce which is different from the Ubuntu provided Docker which is docker.io. But most of the things are the same.

We can see that information like the package name, version, installed-size, etc is provided.

LEARN MORE  How To Get Information About Running Containers, Images In Docker?

We can install the Docker package with the following command. We will use sudo command in order to install the package.

We can stop the Docker server if we do not want to use or to reload it by stopping and starting. We will use the following command.

We can see that Docker service is currently active or running from the given time. Information like Process ID, Task count, Memory usage, and last logs about the service is also provided.

Some features are provided upward from the given version. So if we want o use a feature with a given version number we need to know the current version of the Docker installation. We can print the Docker version with the --version option like below.

Generally, the first actions after installing Docker is searching for some images in order to download. We will use the command docker for most of the operations like search. In this example, we will search the images named or tagged with the term centos.

We can download or pull specific image before using it. We will use the pull command which will download the image but do not start any container. In this example, we will pull the image named centos.

Before downloading an image or in order to learn locally existing images we can use docker images command which will list currently downloaded and existing images.

Creating a container is the same for all distributions. We will use docker command for this. We do not use docker.io because it is not a command just a package name. In this example, we will run a bash shell in CentOS container interactively. We need to be in docker group or have root privileges in order to run Docker containers. So

In the end, we want to stop a container we do not need for now. We can use stopcommand of the Docker like below. We also need to provide Docker ID which can be obtained with the Docker running container list command.