How to Install Git on Linux, Mac or Windows? – POFTUT

How to Install Git on Linux, Mac or Windows?

There are different ways to install Git on Linux and its ditributions but the most easy and straightforward way is installing with package managers like apt , yum etc. They provides uptodate version of the Git software.

We will use apt for deb based distributions. The package name will git

New versions of the Fedora will leave yum and start using dnf so we will use following command in order to install Git on Fedora.

Git developers provides prebuild binaries for Windows versions. We will download these binaries from following link.

After clicking download we will redirected into following URL which is git version 2.18 release files. 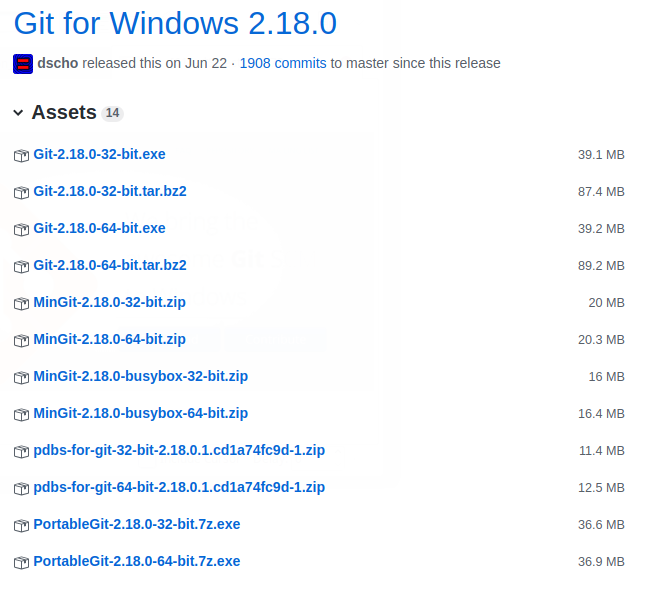 We have 32, 64 bit options with portable or without installation executables.

Installing on MacOS will be a bit tricky because we need to add some repositories with the following brew commands.

AND then we will install with brew