How To Install Google Chrome Browser On Ubuntu? – POFTUT

How To Install Google Chrome Browser On Ubuntu?

Ubuntu distribution uses Debian as base distribution. Most of the packages, architecture are provided by Debian. Ubuntu also uses the Debian package management tool named dpkg and package format deb. So in order to install from the package, we will download thedebpackage of the Google Chrome and install it with the tool dpkg.

We can download the latest Google Chrome package named google-chrome-stable_current_amd64.deb from Google. As we can see the downloaded package is named as stable where there is also unstable version. Also, the downloaded installation package provides  64-bit software.

Then we will install it with the dpkgpackage management tool. We will use -i option for installation. We need superuser/root privilege in order to install the Google Chrome package so we will provide the sudo at the start of the command like below. If not we will get an error like dpkg: error:  requested operation requires superuser privilege.

Google Chrome open source version also provided by the Debian and Ubuntu repositories. We can download and install Google Chrome from these repositories with a single apt command. The package is named as chromium-browser.  First list information about this package like version information. 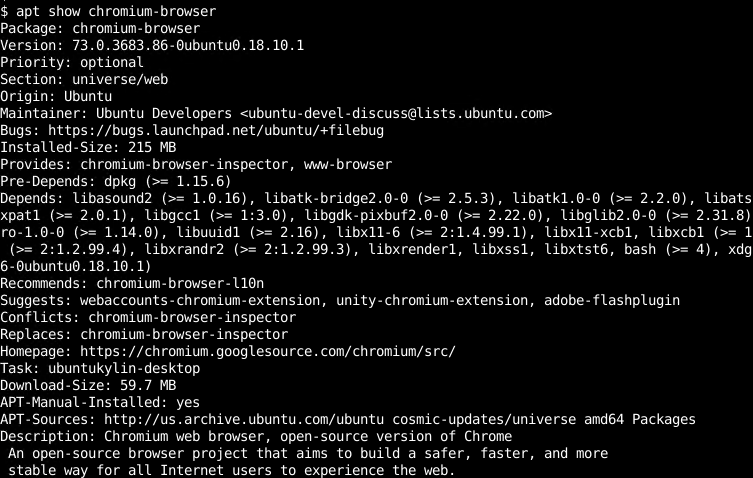 We can see that Google Chrome information is provided in the Version line which is 73.0.3683 in this case. Now we can install Google Chrome with apt install command from Ubuntu repositories like below. 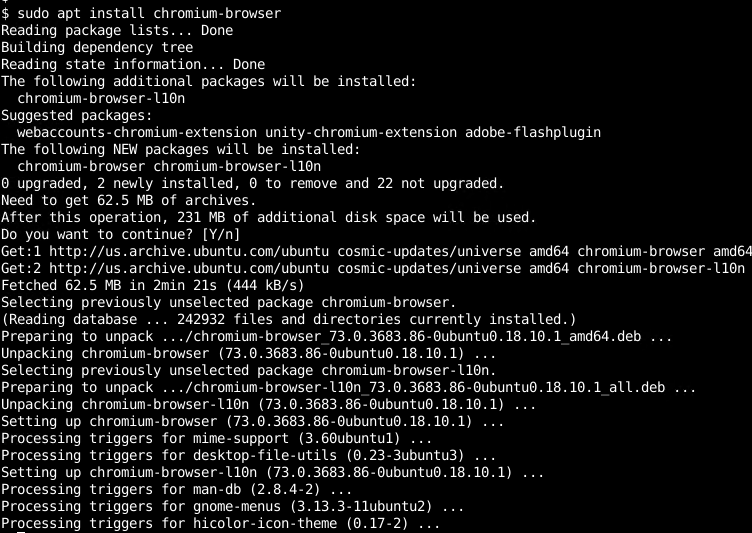 We can install the Google Chrome browser from a more human-friendly interface like Graphical User Interface (GUI). The GUI package manager is named as Ubuntu Software. We can open it from the sidebar in the Unity Desktop like below. 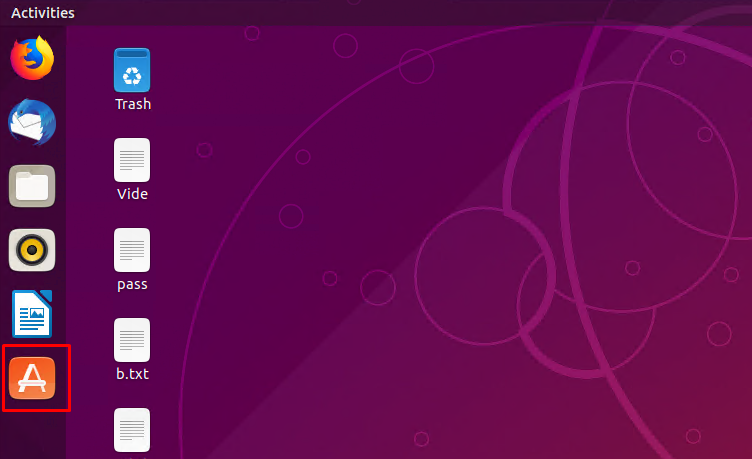 OR we can open from the applications list like below by search with the  ubuntu software name.

Then we will open the software search box clicking to the right corner search icon like below.

We will see the following search screen where there is a search box where we will provide the Chromium to list Google Chromium browser. We can see that Chromium is listed. We will click to this item.

Google Chrome can be uninstalled different ways but the most basic, easy and fast way in uninstalling from the command line. We will use apt command with root privileges and remove the Google Chrome package named google-chrome-stable.