How To Install Specific Version Of Python Package with Pip? – POFTUT

How To Install Specific Version Of Python Package with Pip?

Pip is the most popular tool and the command used to install 3rd party packages into Python. pip can be used for both PYython2 and Python3. In this tutorial, we will learn how to install a specific version of a Python package with the pip command.

Before installing a specific version of the Python package we can search the package for its complete name and version information. We will use search command in this example. 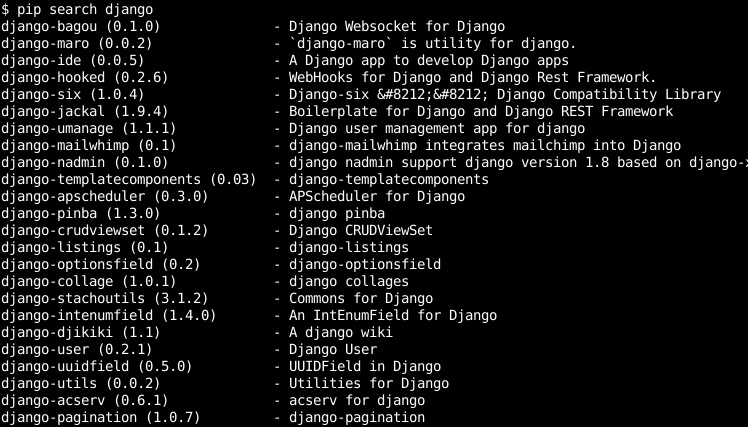 We will install a specific version of the Django Python package with pip. We will specify the version we want to install with the equal sign. In this example, we will install the Django version 2.2.1 which is not recent. We will use a double equation sign to specify the version. We will also use the --user option in order to prevent other system users package downgrade. This will only affect the current user.

From the screenshot, we see that the currently installed recent Django version is uninstalled automatically.

Install Package Version Which Is In Specified Range with pip Command

In the previous example, we have installed a specific django version. But we can also specify the version range with the &gt;= or &lt;=. This will select the latest version which complies with the given expression and install it.

LEARN MORE  What Is Pip In Python?

Install Package Version Which Is In Specified Range with pip Command

We can also remove the specific package version with the pip command. There is a different alternative. As only a single version can be installed at the same time different version installation will uninstall currently installed version. 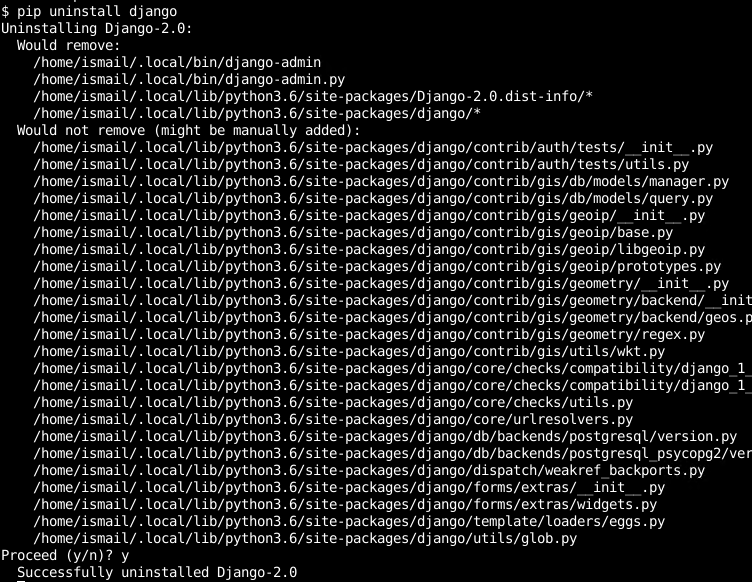