How To Install Ubuntu On Windows 10 Windows Subsystem For Linux(WSL)? – POFTUT Skip to content 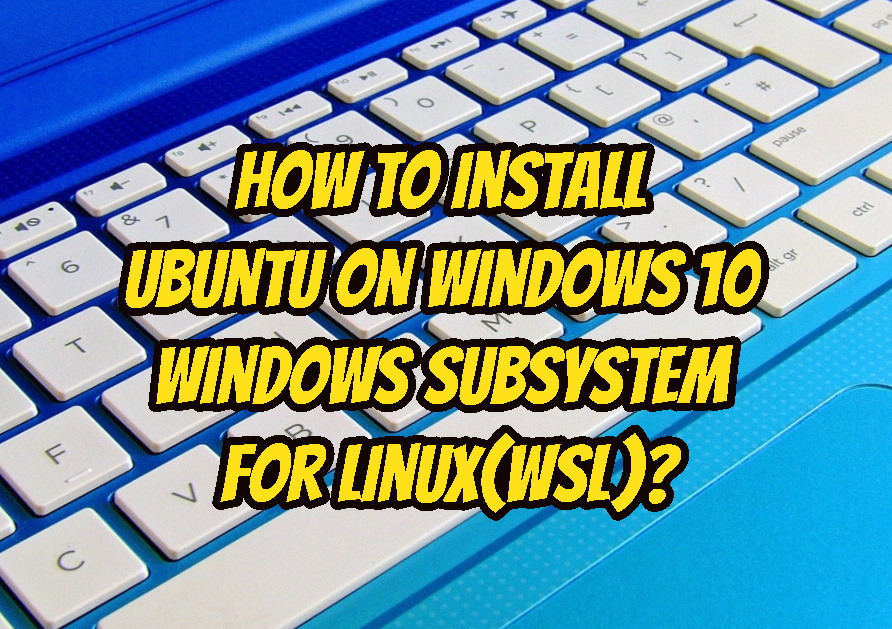 Windows 10 provides different Linux distributions natively running them by using Windows Subsystem For Linux or WSL . Ubuntu can be installed and run with the WSL easily via Microsoft Store. In order to install and run Ubuntu via WSL, the Windows 10 should be at least Windows 10 Fall Creators Update which is released in October 2017.

In order to locate Ubuntu on Windows Store simply type ubuntu to the start menu. We will see a screen like below which list Ubuntu. We will click to the Open.

We will see the following screen where detailed information about the Ubuntu package will be provided. We will simply click to the Install. If there is a dialog box like login Microsoft account just skip it closing it.

Installed Ubuntu can be run in different ways. From the Microsoft Store screen, we can simply click to the Launch.

For the first time, we will see the following screen which is initialization about the Ubuntu WSL image.

When the initialization is completed we will be asked for the user name and password like to be used inside the Ubuntu.

Alternatively, we can use the start menu in order to run Ubuntu WSL. We will type ubuntu to the Start Menu. Then we will click to the open which will start the ubuntu command line.

We can run different Linux or Ubuntu commands like uname andls but some commands which are related to different hardware devices like fdisk will not run.

LEARN MORE  What Is Ubuntu LTS and What is Difference From Regular Ubuntu Releases?