How To List, Set, Get Windows Environment Variables With Set Command In Command Line MS-DOS? – POFTUT Skip to content 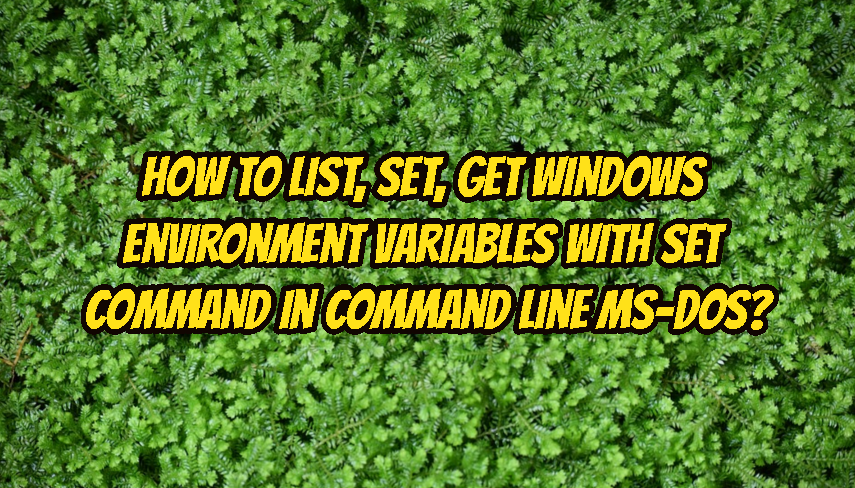 More information about set command ca be printed with /? option.

Syntax of the set command is very simple. [variable] and [string] parts are optional and used according to situation

Environment variables holds a lot of information about the operating system and user . All these information can be listed just issuing the set command without any parameter like below.

Now the last function of the set command. We can create  or change and environment variable and its value by giving both the variable name and the variable data. In this example we create a new variable named Test with value 1

Home is the current users location where his personal files and folders stored. This path can be printed like below.

Logon server is used to authenticate the user to login a system. In active directory system user credentials are authenticated in these authority servers.

Windows operating system stores built-in and 3 party applications files and folder in Program Files directory. This directory path can be printed like below.

Windows operating system files, folders and libraries are stored in System Root and this root directory generally named windows . By default this path is C:\Windows . The system root can be printed like below.

2 thoughts on “How To List, Set, Get Windows Environment Variables With Set Command In Command Line MS-DOS?”