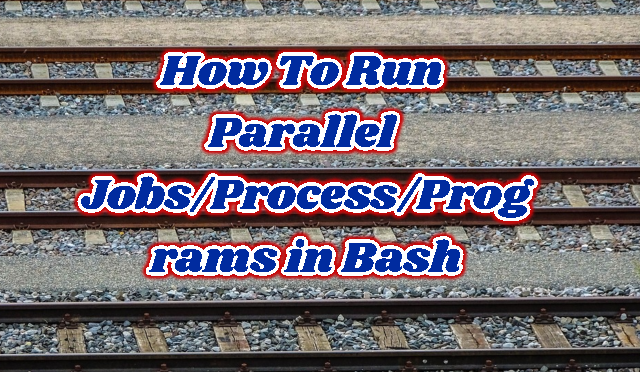 We generally run jobs in bash in serial order. Serial order means one command runs and after completion other command starts. There is another way to run jobs which are named parallel. Running parallel means multiple jobs run at the same time side by side.

Send Job To The Background

We will start with a simple example where two ping commands will be run in the background at the same time. We will add & to the end of each command. We will ping two domain names google.com and poftut.com.

We can see from the output that after the command is issued we have two lines which show the commands processes and their related PID and there is also information about the background jobs in square brackets job id. Both commands will start in the background and will resume up to kill operation or exit.

GNU Parallel is a very useful tool that can start multiple jobs in a parallel way. We will use the command parallel and specify the jobs we want to run after ::: . In this example, we will run ping poftut.com and ping google.com commands in parallel which will output the same time.

How To Run Parallel Jobs/Process/Programs in Bash Infographic

LEARN MORE  How To Bash Concatenate or Add Strings?