How To Install, Configure, and Run Linux Tftp Client? – POFTUT Skip to content 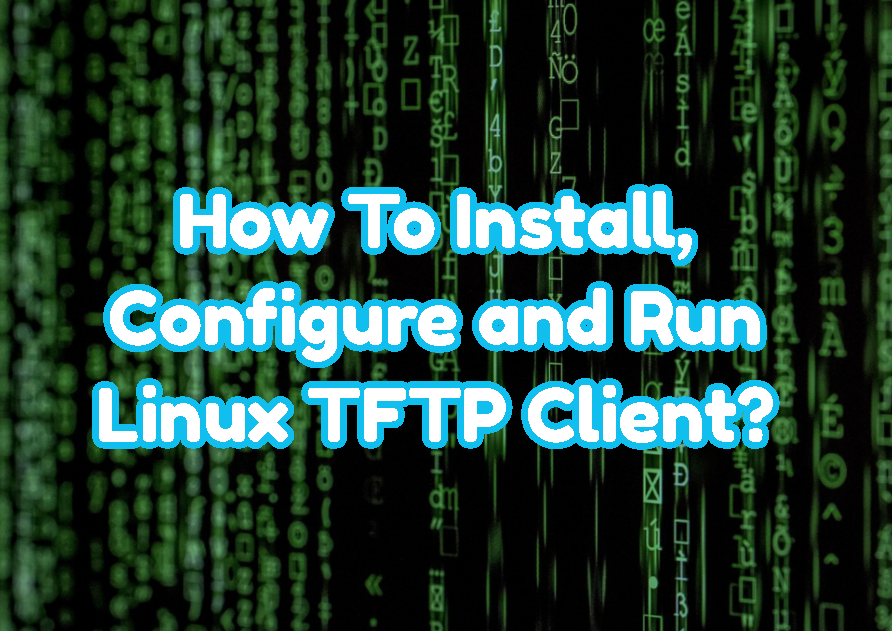 Tftp (Trivial File Transfer Protocol) is a very simple client-server protocol used to transfer data and files over the network. Ftp is a very popular protocol but it has a lot of features that may not be needed always. Tftp is a lightweight alternative to Ftp protocol. We can say that Tftp is a featureless protocol because it only downloads and uploads files.

The installation of Tftp tools is as simple as the protocol. As TFTP lightweight there is no dependency for other libraries.

We will install tftp for Debian, Mint, Ubuntu and Kali like below.

We can install tftp with the following command on Fedora, CentOS, RedHat.

We will use following syntax for tftp command in normal command-line usage.

Connecting to the Tftp server is very easy. As stated at the beginning of the post Tftp does not have any authentication and authorization mechanisms. so Just providing the hostname of the server of IP address is enough to connect the Tftp server. In this example, we will connect 192.168.122.239 IP address.

After connection to the Tftp server, we will get an interactive shell. In this shell, we will issue commands to get information about status of the connection, download or get files, upload, or put files to the server. We can list available commands provided by Tftp shell with ? .

Upload or Put File To The TFTP Server

We can upload or put files to the TFTP server with the put command. In the example, we upload a file named body.txt

As TFTP works generally on the UDP protocol there is no session like TCP. But we can query current connection status with the status command. This status command will provide us information about the connected server IP address, current working mode, Rexmt-interval, Max-timeout, etc.

In order to quit from the Tftp shell we need to issue the q command.