How To Install Gns3 To Fedora? – POFTUT

How To Install Gns3 To Fedora?

Gns3 very useful tool to simulate real networks and systems. In the first days of its Gns3 was simple Cisco IOS image emulator. But recent years its development has gained momentum. This made Gns3 a multi-platform, flexible real-world simulator. Gns3 supports systems like Cisco, Juniper, Palo Alto, Pfsense, Docker, etc. In this tutorial, we will look at how to install Gns3 to the Fedora 64 bit.

Gns3 files are hosted on GitHub. There are different ways to get these files. Git tool can be used to get all Gns3 and history or current version can be downloaded with wget. GNS3 uses server and client architecture and maintained in two git projects we should download both of them.

The latest version of the GNS3 Client files can be downloaded with the following command.

The latest GNS3 server installation files can be installed with the following command.

We will unzip these files with 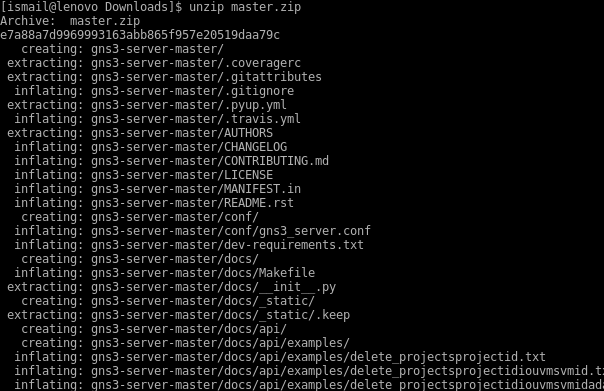 We will enter to the dynamips directory

and create a directory named build

and then enter the build directory

and create Makefile with cmake

Now we will compile the dynamips

after compilation, we will install compiled binaries

We will install bison and flex to compile 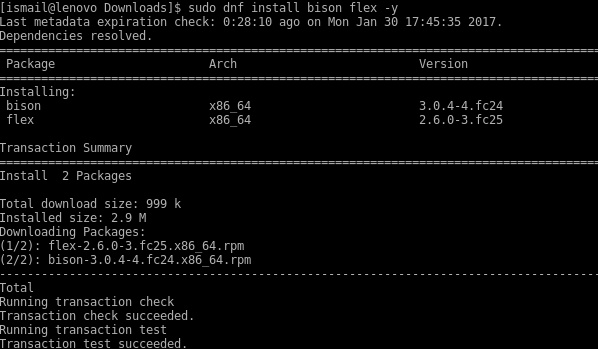 We will compile the source files

After compilation, we will copy produced binaries and libraries to the lib directory

Enter to the iouyap directory

Compile source code with the make.

And install compiled binaries and libraries with the make install command like below.

Simple run gns3 command. This command will start gns3-server first and then start client application which will connect to the gns3-server .