How To Install Kali Docker Image To The Linux? – POFTUT Skip to content 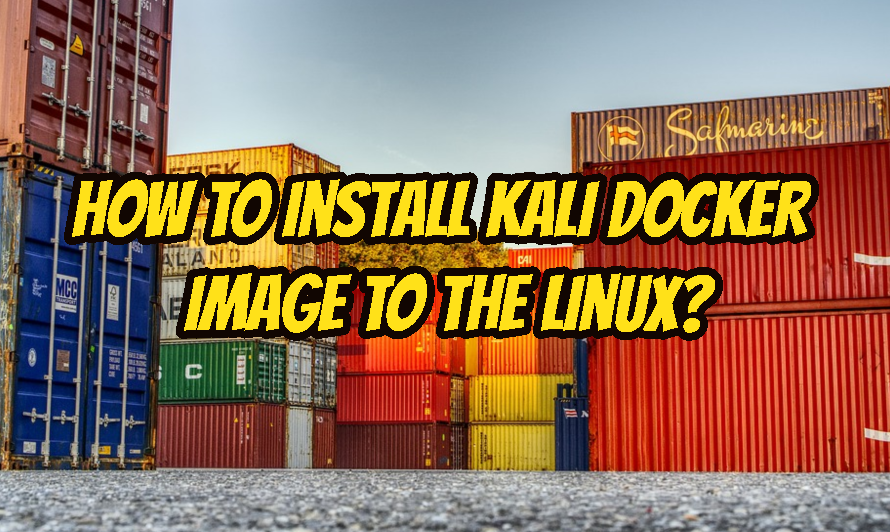 Kali is security distribution popular in the Cyber security community. Especially penetration testers really love it. Kali provides a lot of security exploitation tool  to test various systems like server, network, application server, database, VoIP etc. Kali is provided in different formats like virtual machine, ISO file, USB image and container. In this tutorial we will look how to install Kali docker container in a Ubuntu box. Our host system is Ubuntu but it is the same for other distributions like Debian, Fedora, CentOS etc.

Docker have different names for different distributions because of some package name conflict. Docker name can be used for Fedora, RedHat, CentOS and other related distributions and installation can be done like below.

Docker works as a daemon service. In order to use docker we need to start this service. There are different service and daemon management tools but sytemctl is supported by all of them.

We can check docker service status with the status option.

Now we can use docker command to find Kali docker image. We will use search sub command with kali term to find available Kali container images in Docker Hub.

As we can see there are a lot of Kali container image. We will use most popular one which is provided by officially. Interestingly it is not check as official.

We will start the container with the run sub-command. But there are some options we should provide. After container is started how can we connect to the Kali ? For this we will provide -t and -i options to specify we want to connect to the terminal interactively.

By default Kali container comes very thin. We should install required tools by using apt package management. We will install nmap in the following example.

One of the fundamental rule of the containers is after the container stops all changes are lost. This is unwanted situation for us. We will save our Kali container current state and we can reuse this image again.

We will list currently running containers to find Kali container and get the Container ID which identifies the container uniquely. We will use ps sub-command.

Save Container With A Name

We have found that our container id is a64bcb9cdc9a . So we will save this container with a new name like mykali by using commit sub-command.