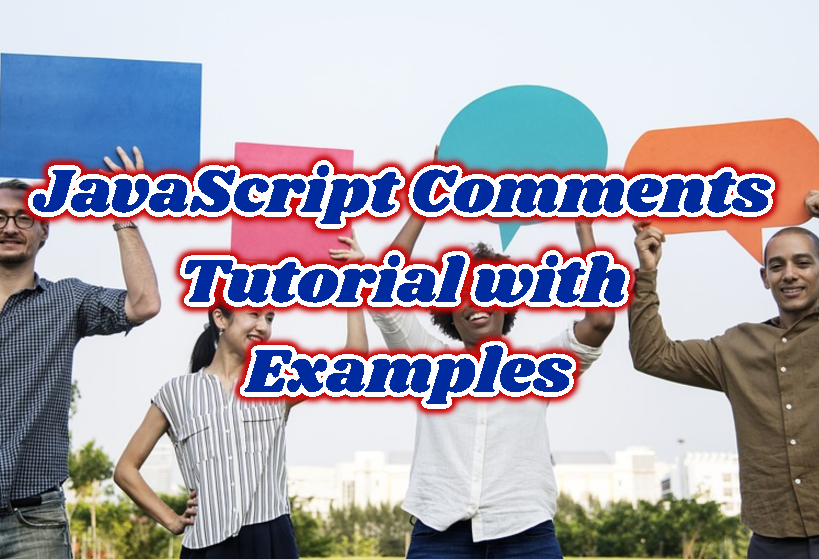 Comments are used to explain code and make it more readable by others in JavaScript programming language. Comments can be a single line, multiline or inline. Another useful usage of the comments is creating testing code and executing or preventing the execution of the testing code.

Single line comments only comment on the used line. Double slash // is used to create the single-line comment and from the position // to the end of the line will be marked as a comment and it is omitted by the browser. But the commented line is readable by others even it is not executed and omitted. Also, most of the editors will make the comments a different color like green which is not the same as the JavaScript code.

While testing some JavaScript code single line comment can be used to test some code and then prevent the execution of the given code line. In the following example, we will prevent the alert() function to print screen Hi which is done by the single-line comment. We can enable this code line just by uncommenting the code line.

We can also use multi-line comments in order to prevent some code from execution. This can be useful for more complex test scenarios. In the following example, we will comment on multiple line codes to prevent the execution.