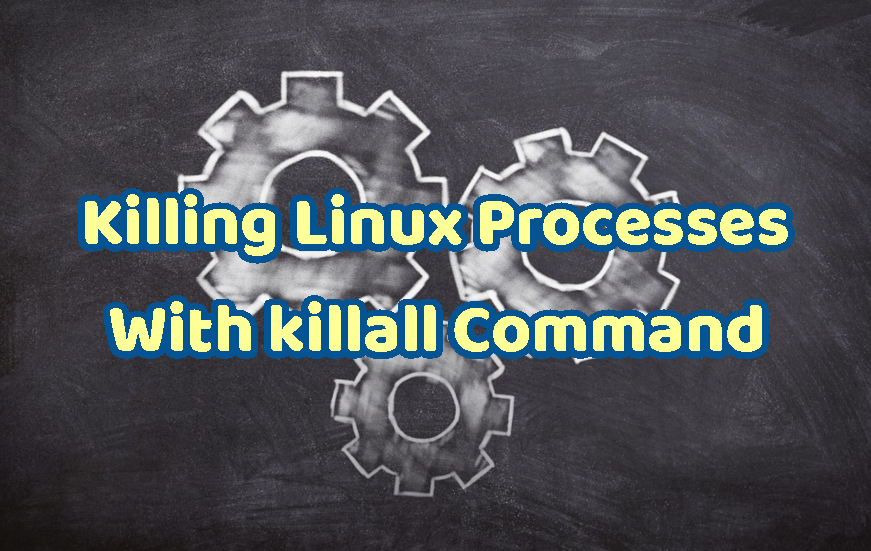 We have previously looked the command kill to kill process accordion to their names, owners, etc. But using only kill command to kill a process according to its owner is done with supportive commands like grep. In this tutorial, we will look more compact and all in one command killall .

The syntax of the killall command is like below.

Simple and fast help information about the command can be listed below. As we see below killall command provides features like exact process name match, ignoring case, interactive usage, verbose or debug mode operation.

Killall provides convenient ways to kill a process with its name listing process and using complete process names will make killall operations more reliable. We will list all processes in the system where the user-related process will generally list in the below of the output.

Now we can start kill processes according to their name. This example is a simple example where we only provide some term which resides in the process name. Our process is watch ls like below.

Now we can provide the term watch to the killall command like below. And after that command, we can process and see that is killed.

We check again the running processes and see only watchgnupg process.

While killing processes the name of the processes is important. The process name can be upper case or lowercase which is not deterministic. In these situations using ignore case parameters is important. -I parameter can be provided to ignore casesensitivity like below. In the example below, we can see that there is an instance of watch . We will kill by providing uppercase WATCH term like below.

Kill According To Process Owner or User Name

As we know every Linux process has an owner user name. Killall command supports killing processes according to their user names. Keep in mind that this will kill all processes of the specified user. In these examples we want to kill user name ismail processes.

As we see we have killed also our ssh session which the user name was ismail too.

Kill According To Process Group Name

As we know every Linux process has an owner group name. And this feature is the same as killing according to the user name. We only provide the group name of the processes with the -g option like below.

Kill Processes According to Running Time

There is another interesting feature of the killall command. Processes can be killed according to their run time. In this example, we will kill all processes that run more than 1 minute. This option is -o

Also, we can kill processes less than specified time. This is feature is expressed as -y option.

We can below how the time is expressed for this feature.

Up to now, we have used specific processes names. This is simple to express but there are times where we need to expresses generic processes names that are similar but not the same. Regular expressions are the way to express structural parts in the text. In this example, we will kill all processes that start with w and ends with h.