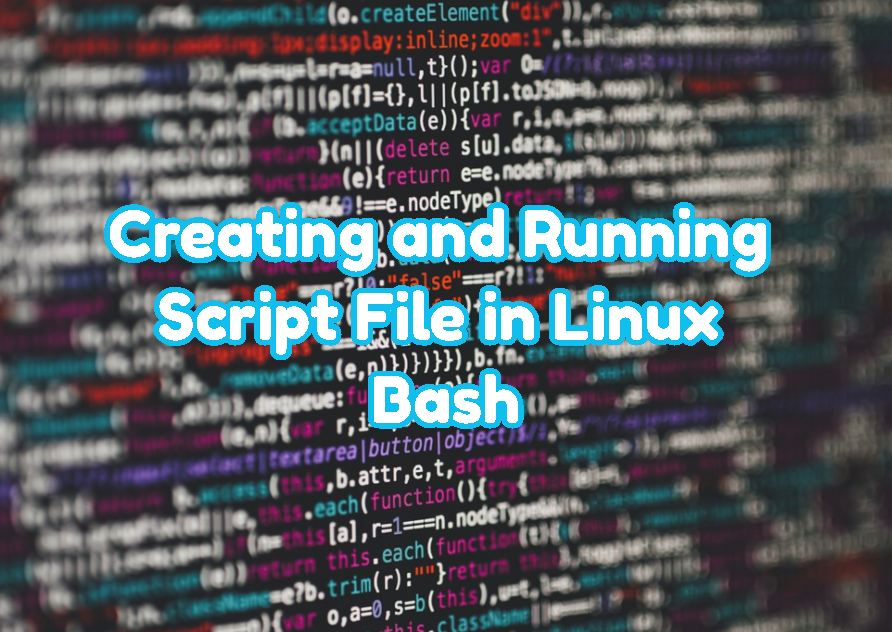 One of the most strong sides of the Unix and Linux operating system is its scripting ability and features. Unix and Linux systems generally use bash as default shell and scripting facility. In this tutorial, we will look at how to create a script and run scripts in the bash shell.

Writing scripts that will run periodically needs to save the script into a file. The script file contains the same commands as in the terminal. The difference is the file will start with a special beginning file that points to the bash binary with shee-bang (#!)

As you see all commands are the same but start with /bin/bash line where the script will be interpreted with this bash executable. Be cautious that if you forget ! this will make the bash interpreter path as a comment that has no effect.

Now resume from where we left, after making executable it can be run directly from shell-like this but keep in mind we assume that we are in the same directory with the script file if not we should provide the correct file for the file.

Difference Between Single and Double Quote

To express a string variable quotation is used in bash. There is two types of quote named single and double Single quote'This is single $quoted' makes nothing special. But using double "This is double $quoted" makes $ and a similar operator usable. Here $quoted is a variable and will be interpreted.

LEARN MORE  Linux Bash How to Define, Use Shell Variables