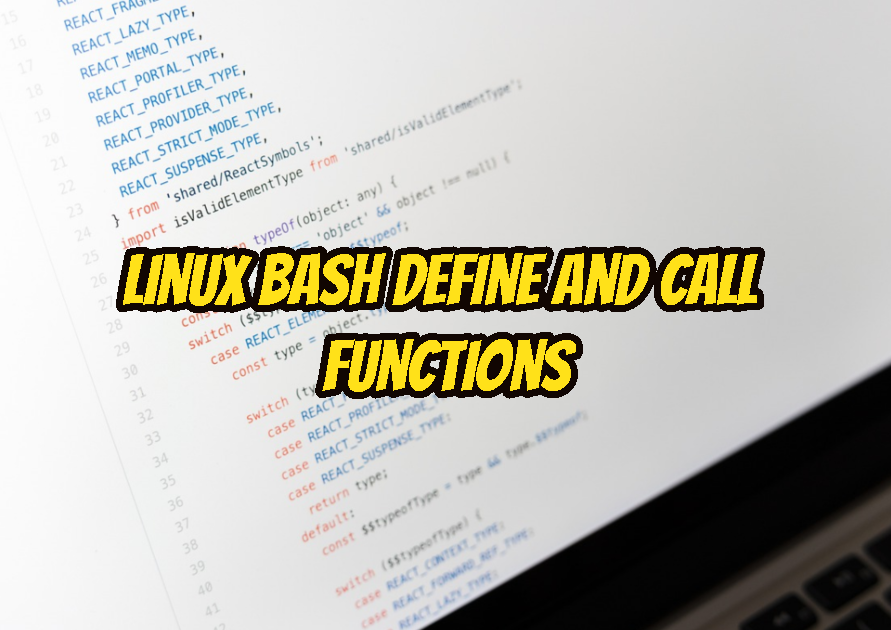 Generally, bash commands are executed regularly. So running complex or multiple commands one by one is difficult. Or sometimes we just want to accomplish tasks with just one command without diving into it and distribute this command. Here are functions to make things very easy. Functions get parameters and execute functions code. A function has two ways to create. Here is syntax. Prefer the second one because portability is important.

Let’s create a function that creates a folder according to parameters.

As you see we used ; to make things more clear but omitting them do not hurts our code. Save this code as text file named test.sh .

Passing Arguments or Parameters To Function

Sometimes functions need parameters to use inside. Using parameters in function is very easy just to put parameters between parenthesis and make a function call. Inside function block use $1, $2, $3, … which is the parameter row numbers.

And call the function named getParameters with parameters.

As you see that at the first run we provided three parameters to the function and all of them printed but at the second run we only provided two parameters and the third parameter is printed as empty because it is not defined in function do echo $3; printed as an empty line.

In previous examples, we have simply called the functions and run some statements in these functions like printf etc. The real power of function comes from its modularity. We can call a function and simply return some data. This is a better way because we can use function results in different formats. We can use echo statement in a function to end function and return given data to the caller. In this example, we will create a function named  mycat which will concatenate given two strings and return the result.

Sourcing is a term used in bash that means specified bash script file is important in to current bash session. Thinks that you have implemented some function in a bash file and want to use them in current bash session only. We use syntax below where test.sh is the file that contains bash code to import and . is the operator used to import bash file.