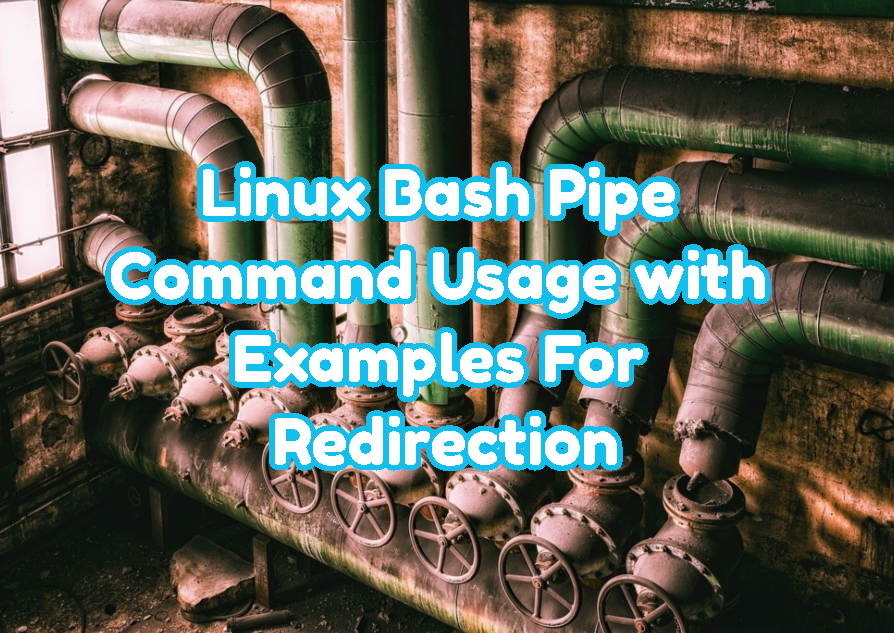 Linux Bash provides a lot of useful features and commands. Pipe or | is one of them. Bash provides a command-line interface facility which mainly used to concatenate command output to another command.

In Linux everything is file. This may seem odd but it is. Every command executed will have three type of streams which can be used to provide or output data into and from a command.

The pipe will redirect the command STDOUT or standard output into the given next command STDIN or standard input. The syntax is like below. In this example, COMMAND1 output will be feed into COMMAND2 as input.

Now let’s make a simple example. We will use cat command to print file named names.txt into command sort as input.

In the previous example, we have used only one pipe but we can use multiple pipes without a problem to make things better. We just put them in a string like below. In this example, we will pipe commands cat , sort  and grep

One of the most popular usages of the pipe is with  grep command. We will use multiple grep commands in this example where we will filter line those contains a and i letters.

less command is another use case for the bash pipe. We generally use cat command to print a file context into less command. In this example, we want to look into the log file of firewalld .

LEARN MORE  What Is The GNU Project?