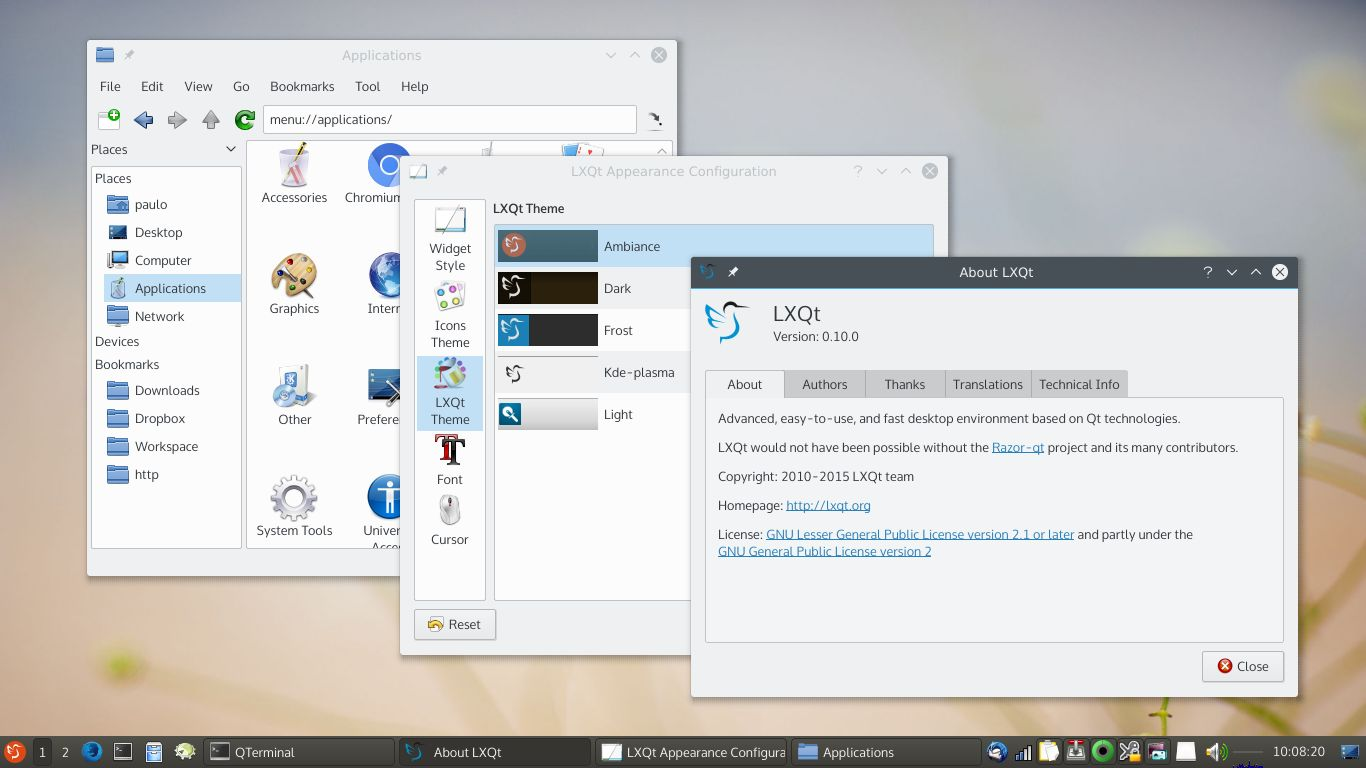 Mate Desktop is the continuation of Gnome 2 which is an older release of Gnome. Mate resource usage is lower than Gnome and Cinnamon. Mate provides standard Gnome 2 tools. Mate desktop can be used for low-end systems.

Xfce or Xfce4 is strong alternative for desktops for low resource usage. Xfce provides tools for whole desktop environments but resource requirements are lower than another desktop environment. It has own tools developed for Xfce project like Xfce-terminal. Ubuntu has spin named Xubuntu which is tightly integrated with Xfce Desktop.

LXQt is a lightweight Qt desktop environment. Qt is a library specifically designed for graphics operations.  LXQt uses similar code base with Lxde. It is proposed to replace Lxde Desktop in someday.

Lxde is another alternative for lightweight desktop environments. Lxde is fewer resource needs. Lxde provides a component-based design which means only some part of Lxde can be used and another part is committed. Lxde has an active community for development and support.

Pantheon is the default desktop environment originally created for Elementary OS distribution. It is written by using Vala and GTK3. It provides similarities with Gnome Shell and MacOS. Support for Pantheon OS is not so wide. Pantheon OS provides eye-candy view.

LEARN MORE  How To Install and Access TightVNC Remote Desktop In Linux?

Enlightenment Desktop environment also is known as E a compositing and stacking windows manager. It is called “the original eye-candy window manager”.  This desktop has low resource requirements and provides original desktop experience. There are some interesting work mechanisms different from other desktop environments. Enlightenment provides its own terminal emulator, video player, and image viewer.

Sugar Desktop environment is specifically designed for education. Sugar Desktop developed as a part of the One Laptop Per Child (OLPC) project. Suger Desktop is designed, inexperienced users. Sugar Desktop is generally used for children related distributions or applications.