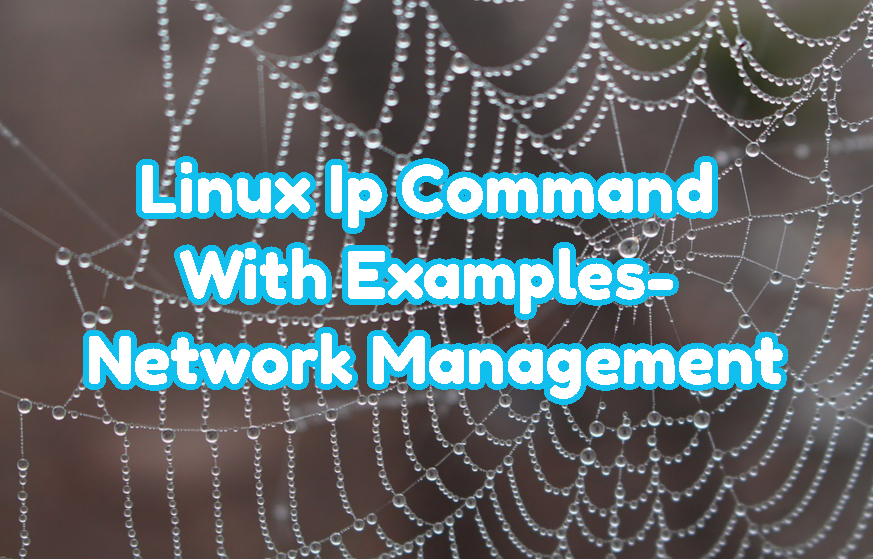 Linux network stack provides a lot of network-related features like a commercial network router or switch. There are different tools and ways to manage these advanced features. In this tutorial, we will look ip toolset which is a new generation tool designed to manage Linux network configuration.

An IP address is a number used in the network to access a host.

As we see the same command can be expressed in different ways. I prefer short one like ip add which is the same ass ip address show

Setting the IP Address will create new IP address of the interface and do not delete the existing IP address. To set IP address root privileges are required so we use sudo .

Removing IP address from an interface syntax is the same as the adding. Just the add keyword is changed with del keyword like below. This will remove the specified IP address from that interface.

Removing IP addresses one by one is away but if we need to remove remove all IP addresses in a single command easily flush can be used like below.

Interfaces can be enabled with the following command. This will bring interface into the downstate. In network terminology, this is called UP

Maximum Transmission Unit is a configuration used to specify the size of a single package that can be transmitted over the network. By default, MTU is set to 1500. This values can be changed according to the network and applications special needs.

Linux provides powerful routing mechanism but this feature is generally used for only Linux host, not for the whole network. The routing table can be listed with the ip route command like below. To list routing table of Linux there is no need for root privilege

Adding route requires root privileges. Adding new root is similar to the adding new IP address as we see below.

Removing a static route is as easy as adding it. We will change add keyword with del keyword like below. Removing static route also requires root privileges too.

Adding a route with ip command will make them available for the current run. After boot, the added routes will be deleted because they are not persistence. We will add our routes to the network configuration of the distribution which is different from distribution. We will look at Ubuntu and Fedora-based distributions below.

To enable these persistent static routes without restarting systems restart networking system with the following system.

To enable these persistent static routes without restarting systems restart networking system with the following system.

The default gateway is a route which is preferred to other routes if the destination is not found in the routing table. Listing routes will also list default gateway in the first line like below.

Address resolution protocol is used to identify IP – Mac address matches. Hosts store these matches for some time and then remove from their Arp table. Arp table populated with the known IP – Mac addresses records.

By default, all ip commands are interpreted as IPv4. If we need to specify IPv6 -6 option can be used. -4 option also used for IPv4

Bridge devices generally used to share some devices with different applications or virtual systems. Bridges devices can be listed with the following command.

Virtual Local Area Network’s (VLAN) used to isolated networks in a single physical line. These devices can be listed with the following command.