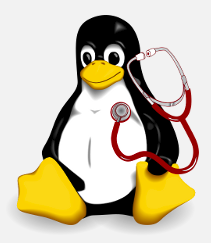 Lsof is linux command used for output files and processes related information. lsof support different type of file formats like regular file, directory, block special file etc. lsof provides given command output parsable format where other tools like cut can be used to filter output. In this tutorial we will look different use cases of lsof command.

In order to run lsof command without problem and full fledged mode we should provide root privileges.

The most basic usage of lsof is executing without providing any option. We will run lsof .

We can list processes those opened given file. We only need to specify the file with its full path.

Another useful option is listing and filtering files according to given process name. We will use -c option and the process name. In this example we will list files opened by the ssh process.

We can also list processes according to file mount point. Actually this is the same as with the directory option +D . In this example we assume that /dev/sdb0 is mounted at /mnt/ and we want to list only this partition processes.

Now another useful option is listing files according to process owner. We can use -u option with the process owner name. In this example we will list files those have opened by the processes owned by ismail.

We may need to refresh lsof output repeatedly. This can be done with helper commands but lsof also provides option for this -r and period in seconds. In this example we will repeat lsof output in 3 seconds.

lsof command can be accept multiple options to filter. The default behaviour is or logic for all given options which will create a long list. If we need to and given options we can use -a .In this example we will list only files opened process id 1107 and owner ismail .

We can list only TCP connections with the -i tcp option.

LEARN MORE  How To Get Information About Running Containers, Images In Docker?

We can list only TCP connections with the -i udp option.

We can list NFS files by using -N option. We can also provide the username of the processes with -u option too. In this example we will list NFS processes opened processes owned ismail