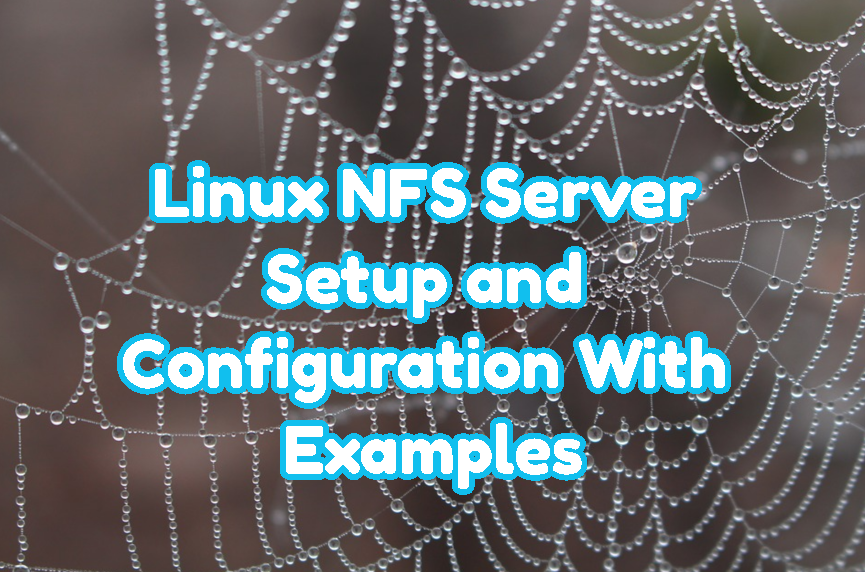 Network file system is a simple way to share files and folders over the network. NFS is developed by Sun Microsystems in 1980. NFS is very popular in the Linux and Unix world. NFS is an alternative for SMB which is Windows ecosystem file-sharing protocol. We will look at how to install the NFS server, share files and mount shares in this tutorial with some extra configurations.

Installing NFS can be done for Ubuntu, Debian, Kali, Mi

Manpage for NFS daemon or simple server can get like below.

NFS server works as a daemon as expected. Daemon configuration file is by default in /etc/default/nfs-kernel-server for Ubuntu-based systems

NFS server has more than one service to share files and folders.

As we see in this file some examples of shares are defined in comments which have no effect.

As stated previously to create share an entry should be created in the export file. We will create a simple entry that does not have advanced attributes. Say our directory we want to share is located at /share .

Put the following line to the /etc/exports

We have to change the configuration of the NFS server and created a new share to enable the new configuration we should reload the server.

LEARN MORE  What Is Linux fstab File and How Can We Configure It?

NFS shares can be mounted to the local system with regular mount command and NFS related parameters. To mount NFS share NFS file system libraries must be installed which is provided by NFS packages we have previously installed.