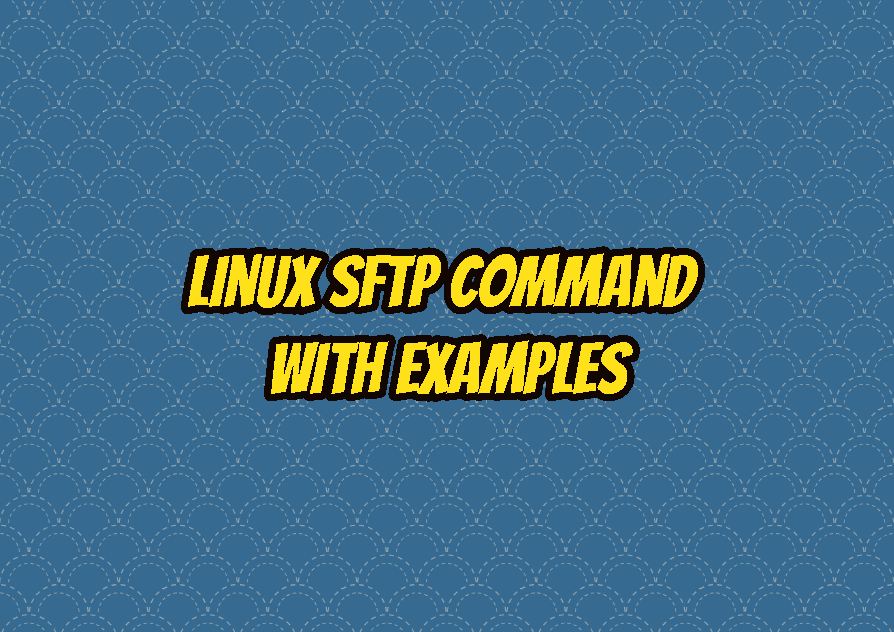 File Transfer Protocol is a very popular protocol for transferring files between hosts. FTP is a fast and practical protocol not secure. In old times security was no problem but into days world security is important. So new protocols and ways developed to make FTP like operations more secure. Secure FTP or SFTP is a protocol developed for secure file transfers.  SFTP works over SSH protocol and provides abilities and features of FTP. SSH by default runs on port 22/TCP. In this tutorial, we will look at usage and examples of SFTP. Windows alternative for sftp client is Putty SFTP or Psftp which is provided by putty tools. Sftp is a command-line tool where you have to work with bash shell or MS-DOS but if you need a GUI for SFTP you can use the FileZilla which also supports SFTP protocol. But if you need to download and upload a file between two different remote servers which do not have GUI or ability to install applications the SFTP is the best tool.

The first step to used sftp is connecting a server. As stated before sftp uses ssh protocol and a connection will be made to the ssh server. Authentication is done according to the servers ssh connection configuration which generally a username, password authentication.

Or different user name can be explicitly defined

To get more and detailed help there is two way exists. First one is a simple and fast way with a help option.

After connecting an sftp server the commands provided by this server can be listed like below.

As we see there is a command like cd, chgrp, chmod, exit, ls etc. We will look at these commands in detail next examples.

To download files we should know the exact file names. The best way to get file names exactly is by listing them with the list command.

You can list local system file from the sftp interactive command line. Use the lls command where the first l means the local .

Multiple files can be uploaded like below. To upload by using globbing file extension, generic names can be used.

As we see the previous example mput command is only used for files. To upload directories there is another command to use.

This will put all files and directories to the remote working directory.

Another popular usage of sftp is downloading files from remote with get .

The current working directory for remote can be changed with the simple command cd .

Current working directory on local can be changed similar to the remote.

Directories can be created on remote sftp server the same as Linux operating system command mkdir .

Same as remote but prefixed with l

Removing directory command is different from file remove command on the remote .