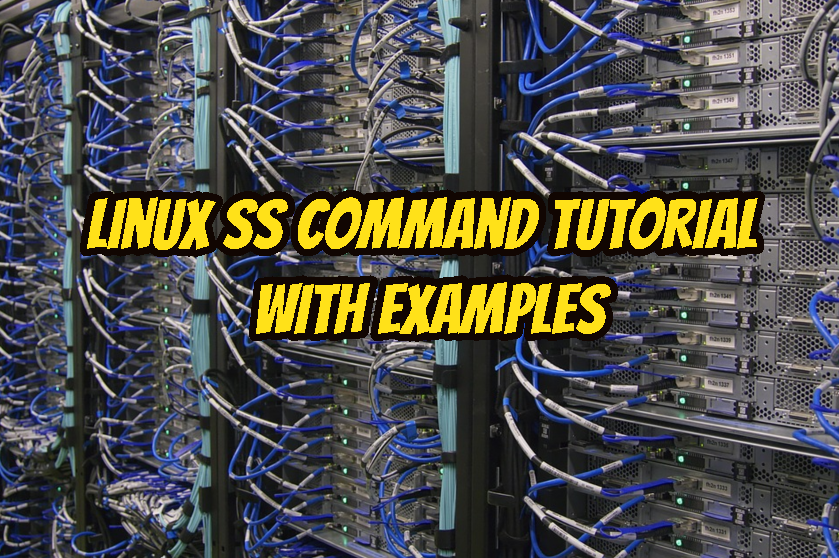 First of all existing connections, listening Unix and Network sockets can be listed with -l .

As we can see both command have printed the same output because they do same operation just their syntax is different. -A option is used for simple and complex queries where we will look it below. We specify TCP protocol as query filter to only list TCP connections.

Like filtering TCP connections UDP connections can be filtered like below. In the first example, we will provide a direct option -u to filter UDP sockets.

As we can see previous examples we have provided extra option -a  because UDP is a connectionless protocol and we want to list sockets that can be listed with this option.

ss command by default list only established and connected sockets/connections. Listening sockets will be eliminated. The -a option will make to list all of them without eliminating.

Unix sockets are used for communication and exchange data between processes that resides in same Linux system. This socket mechanism is inherited from old Unix systems. All sockets in a Unix Linux system can be listed with the -x or --unix options.

Linux network stack supports different protocols but as we know IPv4 is the most popular one which is mainly used for the internet. While printing network protocols all of them are listed like IPv4, IPv6, Apple Talk, etc. IPv4 protocols connections and sockets can be filtered with -4 or --ipv4 option like below.

Filter Connections According to Port Number

Connects and sockets can be filtered according to their port numbers. Filtering this type of information requires special syntax and great flexibility to use. We will provide port number syntax by specifying ssh port.

In this example, we have filtered according to both source and destination ports. While expressing ports we have used the protocol name but numbers are OK for port specification like below.

Filter Connections According to IP Address

We will filter connections according to IP address. Both destination and source hosts have an IP address. These are called

As we know TCP protocol is a stateful protocol. What is stateful? Stateful simply means the source host create sessions for the network connection. TCP has the following states that are popular

LEARN MORE  How To Find Out Which Proccess is Listening On A Port for Windows?

In this example, we will look for established state TCP ports.

Resolving hostname will convert and show IP addresses with their related hostnames. This will slow down the listing process but may be more useful and informative.

Resolving hostname can be a slow down problem and easily disabled with -n parameter like below.

By default only established sockets and ports are listed. To list listening ports and socket -l option should be provided.

While printing existing sockets and ports we may need related process names and IDs. This can be printed with -p parameter. In this example, we will list the process name and id of the ssh port.

As we can see the process name is sshd and process id is 2337 with file descriptor 3 for one connection.

Statistics about the ports and sockets can be printed with -s parameter.

In this example statistics about the RAW, UDO, TCP, INET and FRAG types with related IP protocol version like IPv4 and IPv6

Timer options will provide information about the socket or connection. Timer information can be seen with -o parameter.

In this example, we can see the total time of the ssh connections and current TCP keep alive status.