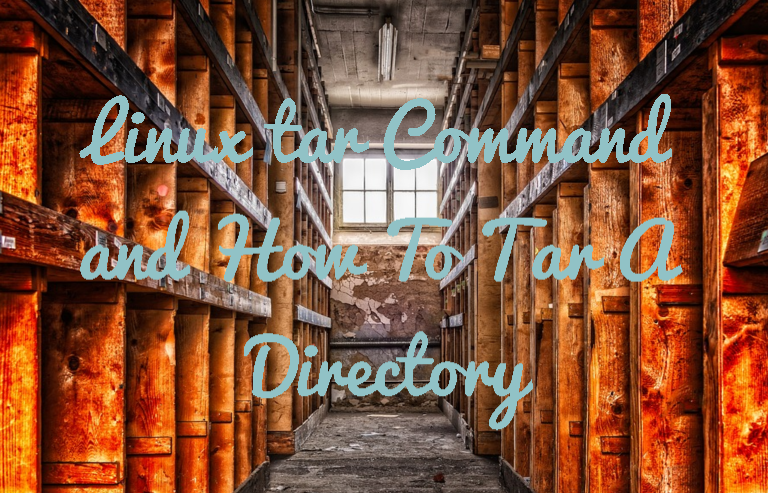 Old days of Unix to make backups into tape archives tar utility was used. The days past and Linux become popular in UNIX world. But the popularity of tar is never ended. tar is used compress and extract files. We will look usage examples of tar in this tutorial. Tar command is similar to the Windows zip. We can call this for Linux zip folder. There are alternative ways to compress files but we will look tar Linux.

Generally used to make multiple files and directories one file. We will tar a directory

We can compress archived with with z parameter. z is used to gzip format

To compress with bzip2 j parameter should be provided.

We can list files without opening the tar. t parameter is used to list. But if the archive is gzip we should provide z too. As we see tar.gz is extension for tarred and gzipped files.

If the archive is bzip2 we can use following command

With tar a single file can be extracted from archive. x is the parameter to be used for this operation

We can extract multiple files with tar. We need too provide –wildcards parameter and related files for this. Here * is used for globing

We can create some alias to create new untar command like below.

Before archiving a directory with tar command we can learn the size of the archive with the help of wc command. We will tar the directory in to the starndard output which will be redirected to the wc command. wc command will count the bytes and provide estimated size of the given archived file.

Linux tar Command and How To Tar A Directory Infografic