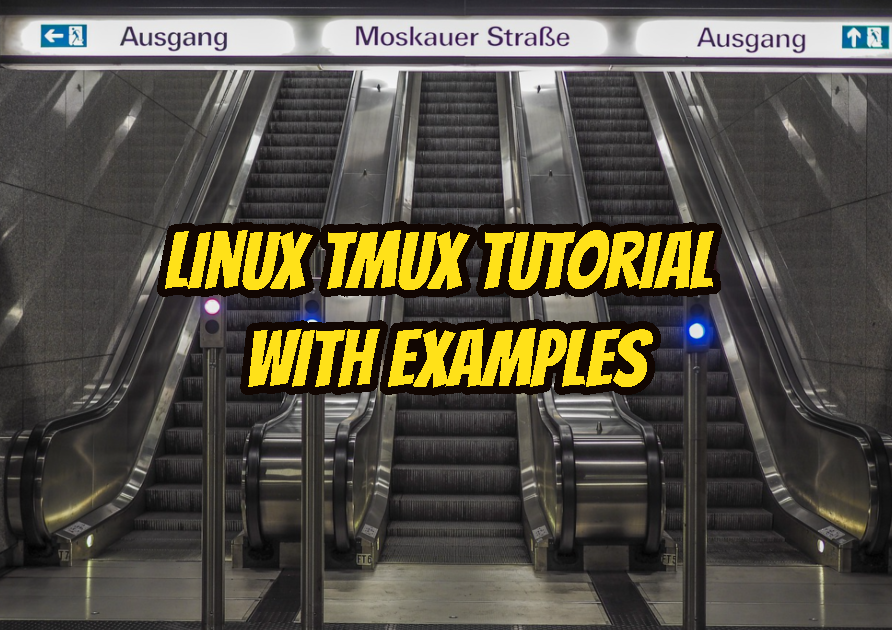 Tmux is a terminal multiplexer popular in Linux world. Tmux provides multiple windows in a single session. Tmux also has the ability to detach and run after disconnect and attach after connection. This is very useful for system administrators.

Tmux is described as terminal multiplexer. This terms means a single terminal can be used like multiple terminal. Tmux is based command line interface where there is no need to run a graphical interface. Tmux can provide multiple windows like different pages and each window may have single or multiple panes which divides current window visually.

Tmux is a popular tool between system administrators and geeks with its lifesaver features. Tmux provides the following advantages and uses cases that make it superior to other terminals.

The manpage of tmux provides a lot of detailed features. To get more information man page of tmux can be used like below.

Tmux is a terminal emulator that acts as a shell. Tmux can be started as a shell too. Just run tmux command we will get tmux screen by clearing the existing shell screen.

Tmux uses  CTRL+b for operation key which means to use shortcuts of tmux CTRL+b should be prefixed with the related keyboard shortcut.

One of the most useful functionalities of the tmux is operating multiple windows. Existing windows are listed in the green bar below. Creating a new window will create a new shell like a new tab in terminal emulators.

While working with multiple windows navigation between windows can be done in different ways. One of the most common usages is switching the next window with the following key short cut.

After switching the asterisk which shows the current desktop will put a new window afterward.

LEARN MORE  How To Enable Powershell Remoting PSRemoting or WinRM?

This is similar to moving the next window. Just type following keyboard shortcut.

Move To The Specified Window Number

Another useful navigation feature is using window number to navigate. Window numbers can be seen below of the terminal before the window name.

Normally tmux sets current running application name as window name. If we are using a lot of windows for multiple operations and we want to rename the window name.

The pane is used to multiplexing a single window. Using multiple commands in a single-window is very useful and popular usage. Below we can see two horizontal pane. We will look at how to create panes below.

The current window can be divided into two vertical panes with the CTRL+b %.

After creating a pane current working pane will change to the new pane and active pane can be seen in the line between panes. The lower part of the line is yellow which means left pane is active.

Horizontal pane can be created with CTRL+b ".

Move and Navigate Between Panes

To move between panes direction keys can be used like below.

While working multiple pane it can be useful to show pane numbers. Pane numbers can be shown according to their location with the command below. While showing pane number in the upper left corner of the pane the size is also shown.

If we have finished our job with a pane we generally close it to make things clean. We can close the current pane with the following shortcut.

One of the most important features is copying and pasting text from the terminal. Tmux provides a bit different method to copy-paste. Normally console provided copy paste can be used but if the source is multiline text it can be impossible to copy properly. Below are the steps to copy the text.

We can move the cursor to the start of the copy range in the copy mode and after that to set the starting point following command is used.

Move the cursor and we see can see the current selection is in orange color. To set endpoint and copy the contents to the buffer use following command.

Copied text will be put into the buffer. We can use this text wherever we want. We can also access this text in tmux from different windows.

Creating a tmux session is just starting tmux. But we can also provide some parameters like the name.

There may be more than one tmux sessions. These sessions can be listed with the following command.

The existing session can be detached like below. This will not end the session thus this will only detach session from the current shell and it will continue running in the background.

There is to path where the configuration file resides. /etc/tmux.conf and ~/.tmux.conf.