tr command is mainly used to translate or delete characters in bash. tr is not a complex but useful command. We will look at various usage scenarios of tr in this tutorial.

We will use the following syntax for tr command. 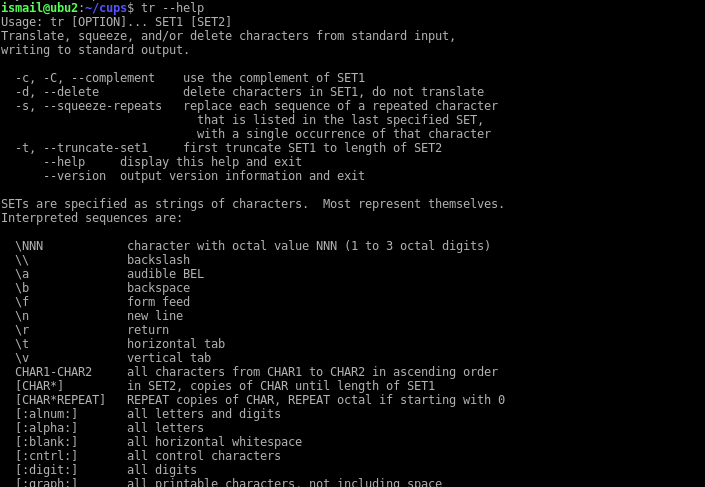 The manpage of tr can be also viewed below. 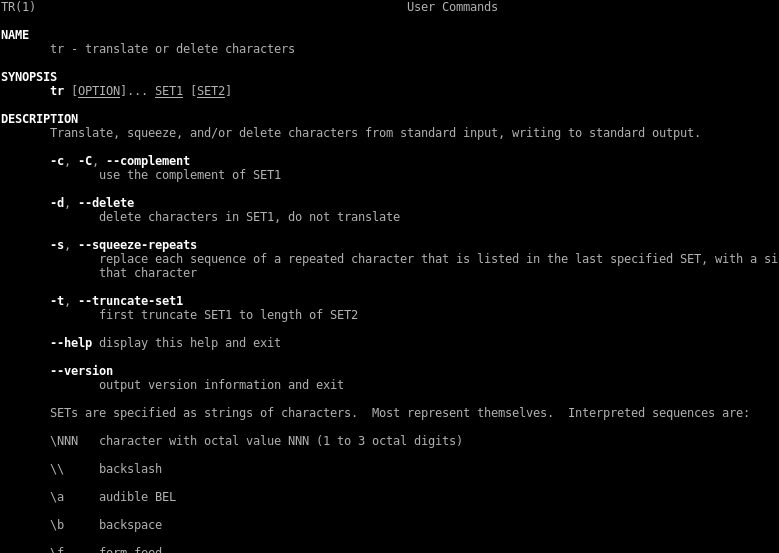 One of the most popular usages of tr is converting texts from lowercase to uppercase.

Reverse application of Lowercase to uppercase is uppercase to lowercase. This can be implemented with the command below.

We can translate braces into parenthesis like below. This can be applied to other characters too.

White spaces can be expressed like below and translated to the tabs with the following command.

Another useful feature is deleting specified characters from the given text. The character that will be deleted is specified with -d parameter like below.

The filtering is another feature of tr. Only Specified characters can be printed like below. In this example, we will only print numbers or digits with the following command.

Non-printable characters can be removed with the following command with-cd [:print:]

The following command will translate line endings into spaces and make the whole multi-line text a single line text.

All supported expressions can be found below.