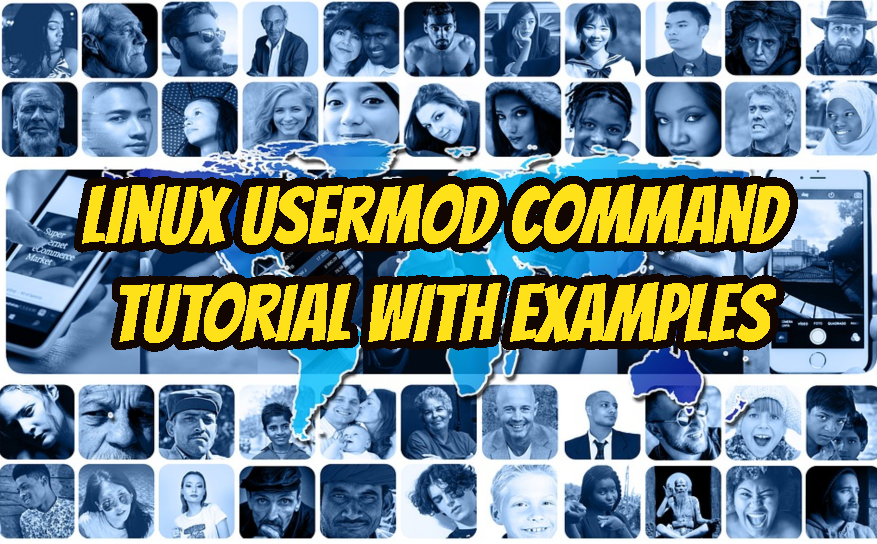 Linux provides usermod command by default for the most of the distributions. This command is used to user modification. After user creation the user related information, values and policies can be changed with usermod command. In this tutorial we will look various features of usermod command with examples.

There is a columns used to store information about the user. This information can be anything like First name, surname, the birthday etc.

We have set the comment for the user ismail as İsmail Baydan . We can check the modification with grep command by filtering line contains the user name ismail.

For example user ismail will have the /home/ismail directory as his own home directory for the most the Linux systems. This value can be changed after creation for some reasons like we need to set and application folder for an application user like apache .

LEARN MORE  How To Set, Get and Change Bash Environment Variable?

As we can see from grep command output column number 6 is /mnt which is nick’s new home directory.

Some users are generally created in a hurry for temporary usage and than they forgotten and resides in the system as an active account. This is an security vulnerability and should be avoided with practical solution. One of the action to take to prevent this security issue is setting account expiry date for required accounts. Expire date will be specified in YYYY-MM-DD format as 2017-02-28 in this example for the user nick

And we will check the account expire date with the following command for the user nick.

As like in the Windows operating systems in Linux operating systems user accounts are associated with groups. There are two type of user group. First type is primary group and each user account have single primary user group. Other type of group is secondary groups where each user may have more than one group. Primary groups of existing users can be changed with usermod command easily.

Previously we have printed the user group. Now we will change the user primary group more detailed information about primary group can be found previous example.

In this example we will add user nick to the root group.

And the second way we will add new supplementary groups to the user but old groups will be preserved. For his operations we will use extra option -a like below.

User accounts have login names to authentication themselves. In Linux operations systems users are identified by their user ID’s. User names are used an easy way to remember and use. So A user account user ID can not be changed after creation but the user name can be changed easily. In this example we will change user name nick to the nick1 with option -l .

Some times we may need to lock some users for various reasons like security, holiday, test etc. User locking means the account will be inactive up to unlock operations and will be no user login for this period. In this example we will lock user nick1 with the -L option.

As we can see from screenshot in the shadow file a ! is added which simply symbolize the account is locked.

LEARN MORE  How To Redirect Stderr To Stdout In Linux Bash?

Now in the previous example we have locked the account and we want to unlock the account named nick1. Simply provide -U options to the usermod command like below.

In Linux user accounts are associated with shells. Shell is the application which interface with user and operating system. There are different type of shells used in Linux community. But the most popular shell is bash and generally used for most Linux distributions. This default shell for the user account can be changed with -s options.

In this example we will change the shell of user account nick1 with sh shell.

User id of and account can be changed too. This change operation is done with -u option like below. In this example we will change the user nick1 user ID to the 1234 .