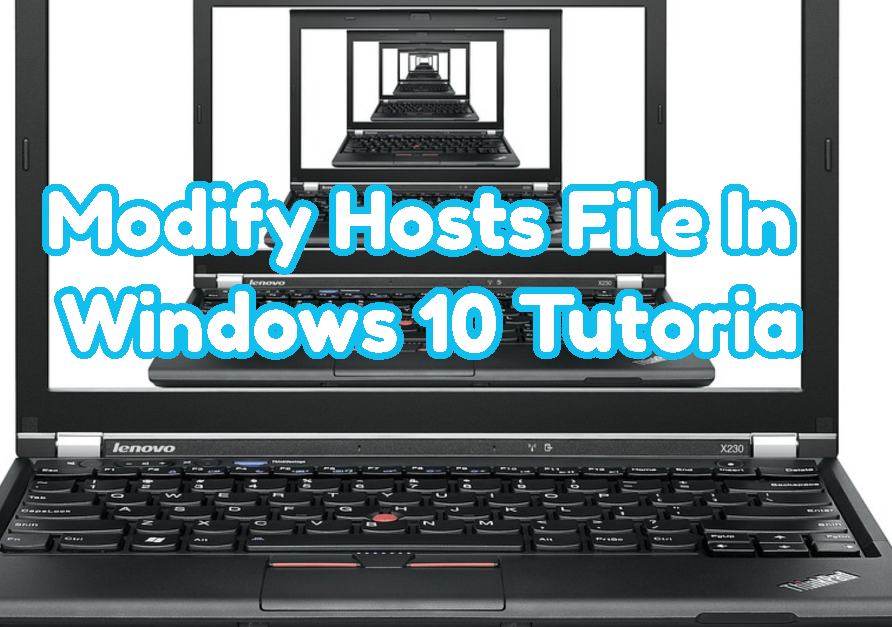 DNS makes us name IP addresses into meaningful names. We can name a host with a human-readable name and use this name to access it. DNS management can be done in different ways where DNS servers are the most practical and straightforward way. But the first step before a DNS server to query a DNS is using the local Hosts File. In this tutorial, we will learn how to manage Windows 10 Hosts File like change, secure, restore, block, etc. These settings can be also applied to all modern Windows operating systems like Windows 7, Windows 8, Windows 10, Windows Server 2008, Windows Server 2012, Windows Server 2016, Windows Server 2019.

What Is Hosts File?

Also, we can see that its size is 1KB where it stores very little data in text format.

As stated previously hosts file has very basic syntax. Each line is an entry to match the IP address with the domain name.

In hosts file # sign is used to create comments. Comments are useful to create some notes or explanations about the given DNS record. We can also use comments in order to make an active record passive. In the following example, the poftut.com domain name will be redirected to the IP address 1.2.3.4.

If we want to make this record passive without deleting it we can put a # before the poftut.com record to make it passive.

Before starting the adding, removing or changing the contents of the hosts file backing up is good behavior. Especially if there are a lot of records it will be very useful. As hosts file is a simple text file we can take a backup just copy and paste it into the same directory with a different name or different directory will work. Below we copied the hosts file and added the .backup extension. We can see that the type of hosts.backup is also shown as BACKUP.

LEARN MORE  How To Solve "DNS Server not responding"

We will be asked the following question where we will accept it by clicking Yes.

The notepad will be opened and shown like below. We can open the hosts file in different ways where we will click to the File->Open.

The opened file will be like below where existing records will be shown.

We will add the following records where there are some comments. We will also add a subdomain name to the poftut.com named srv.poftut.com

Then we can click to the File->Save in order to save and activated newly added records.

As a simple text file, we can open the hosts file with the Windows NotePad. We will navigate to the etc directory by using %WinDir%\System32\Drivers\Etc\ or  C:\Windows\System32\Drivers\etc\ in our Windows Explorer.

We will see the following hosts file which is opened by the Notepad++. 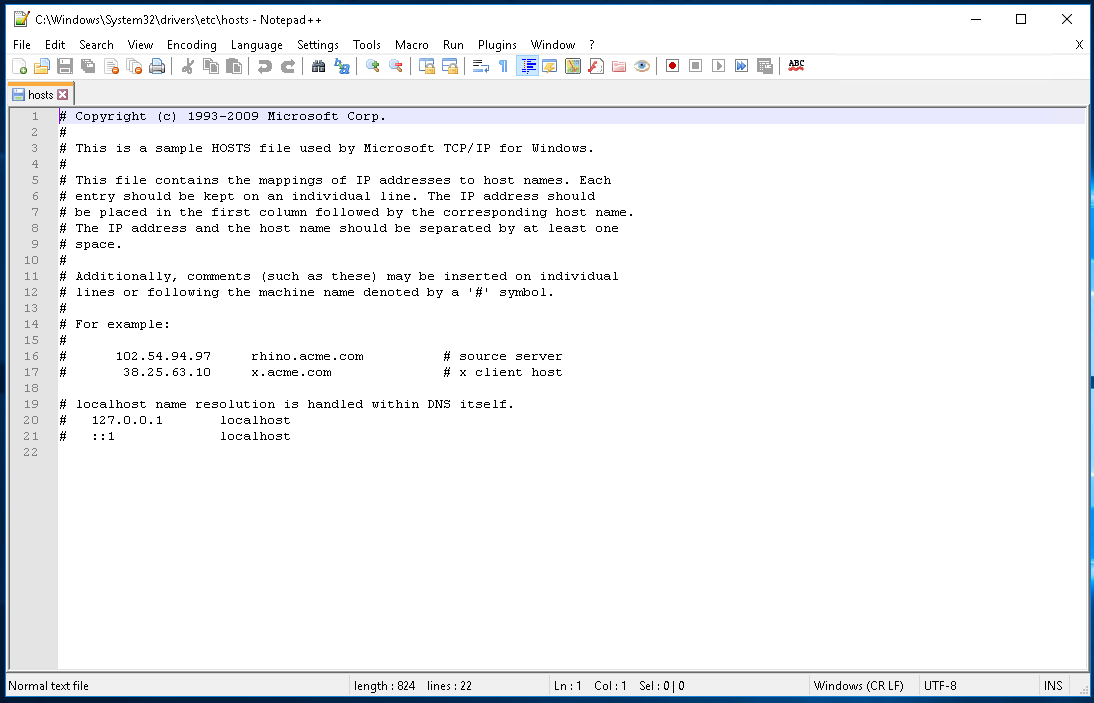 We will add the following lines to the existing hosts file and use CTRL+S or File->Save in order to save changes and modifications.

As we do not have Administrator rights it will ask us for Admin rights with the following screen. We will click to the Yes.

We will be asked the following question and click to Yes. 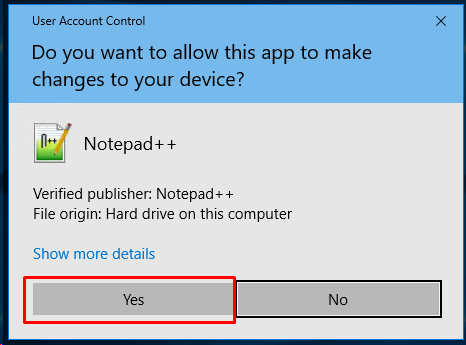 Now we have admin rights where we can save using CTRL+S shortcut or File->Save menu.

We can check the newly added DNS records by using the ping command. We will ping the srv.poftut.com host like below. As it does not exist the ping responses will fail but we can see that the IP address is 5.6.7.8 which we have set in the hosts file.

Well changing the hostnames, DNS records or IP addresses gives us the ability to block sites in the given host by using hosts file. For example, add the IP address 1.1.1.1 for the google.com domain like below will block the access to the Google for the specified domain names.

LEARN MORE  What Is DNS Server Or Protocol Port Number?

Then we will see the Properties window where we will click the Read-only checkbox from the Generaltab and then click to the Apply.