Python supports different type and format strings. In this tutorial we will simply look multi line strings. We have following code and want to type it in single expression in multi line.

The most basic and simplest form is adding string lines step by step like below. We will use . in order to add strings together which will create a multi line string which is stored in a variable named $html in this example.

We can use double quote by wrapping multiple lines. This will legal for python programming. And we can end the string whenever we want like below.

Basic for is single line string. We can use single line Python strings like below where a double quote with a single line stored in a variable which is html in this example. We will use \n  which means new line. 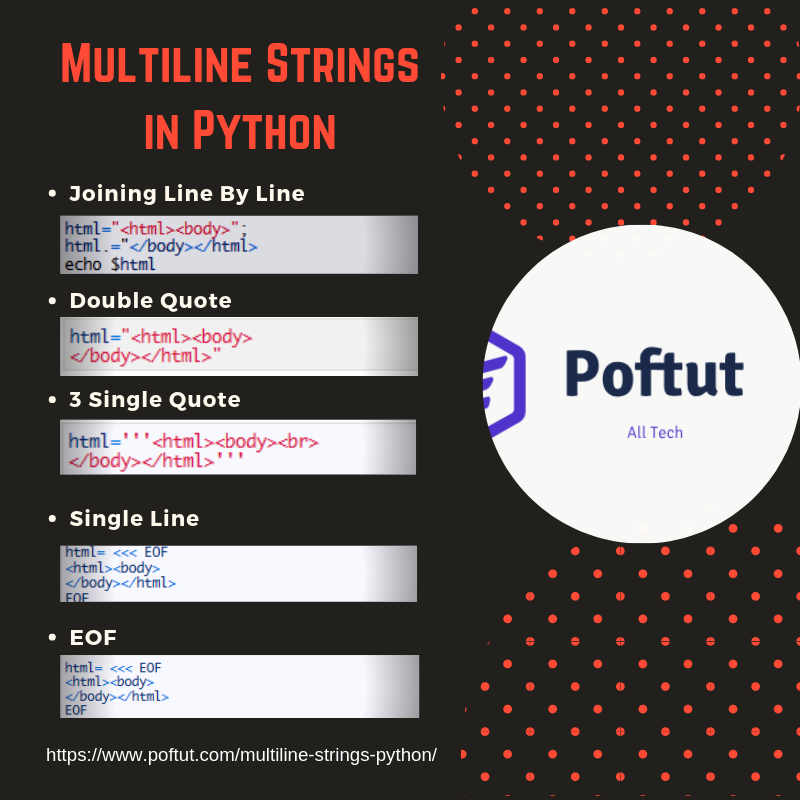