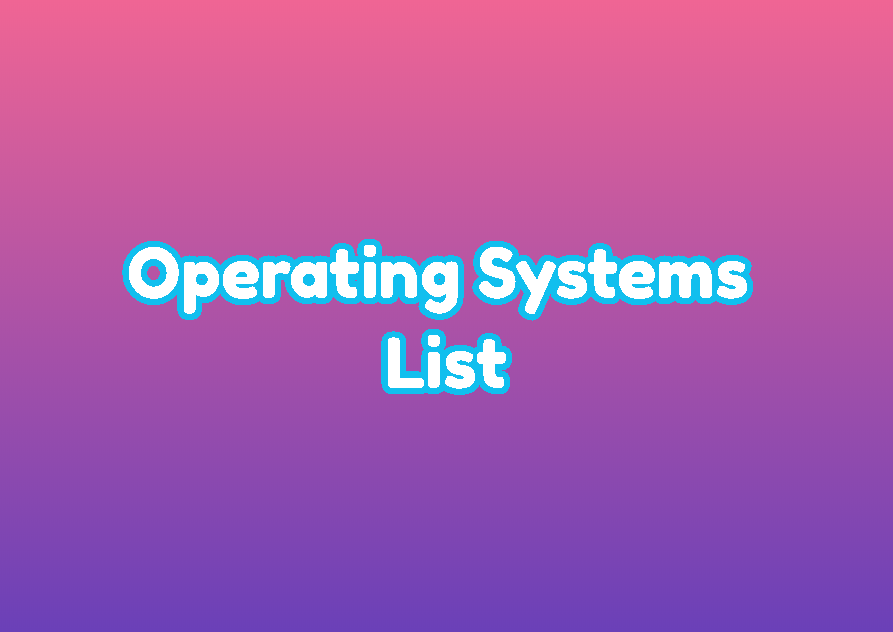 What Is Operating System?

Operating system is a software of component which runs on the given hardware and manage resource by providing these resources to the different applications and software. Operating systems mainly

Microsoft Windows Operating System Family is long standing operating systems family which is started with the IBM PC and MS-DOS operating system. During time it gained a lot of popularity and created better versions where Windows 10 and Windows Server 2019 are latest members.

LEARN MORE  What Is Unix?

ARM is another processor architecture where embedded, mobile and entertainment devices using.