How To Remove All Docker Container Images? – POFTUT Skip to content 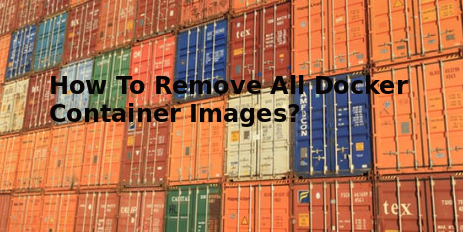 Before removing images we generally need to list existing images to be sure. This is a safety step to prevent catastrophic actions like checking before dd command. We will use sudo docker images . We use sudo  because we need  root privileges or be in docker user group.

Containers are instances created from the images. We can delete these instances or container images. We will use docker ps  command to list them and provide their UID to the docker rm  command which will delete given container.

As we can see that deleted container UID is printed to the terminal output.

Images are pure data about the starting point of the containers. We generally download images from docker hub or create them and store for daily usage. If we do not need them we can delete then with docker rmi  command but we should provide images UID with the docker images command like below.

Delete All Unused Images and Volumes

LEARN MORE  How To Shutdown Linux At Specified Time?